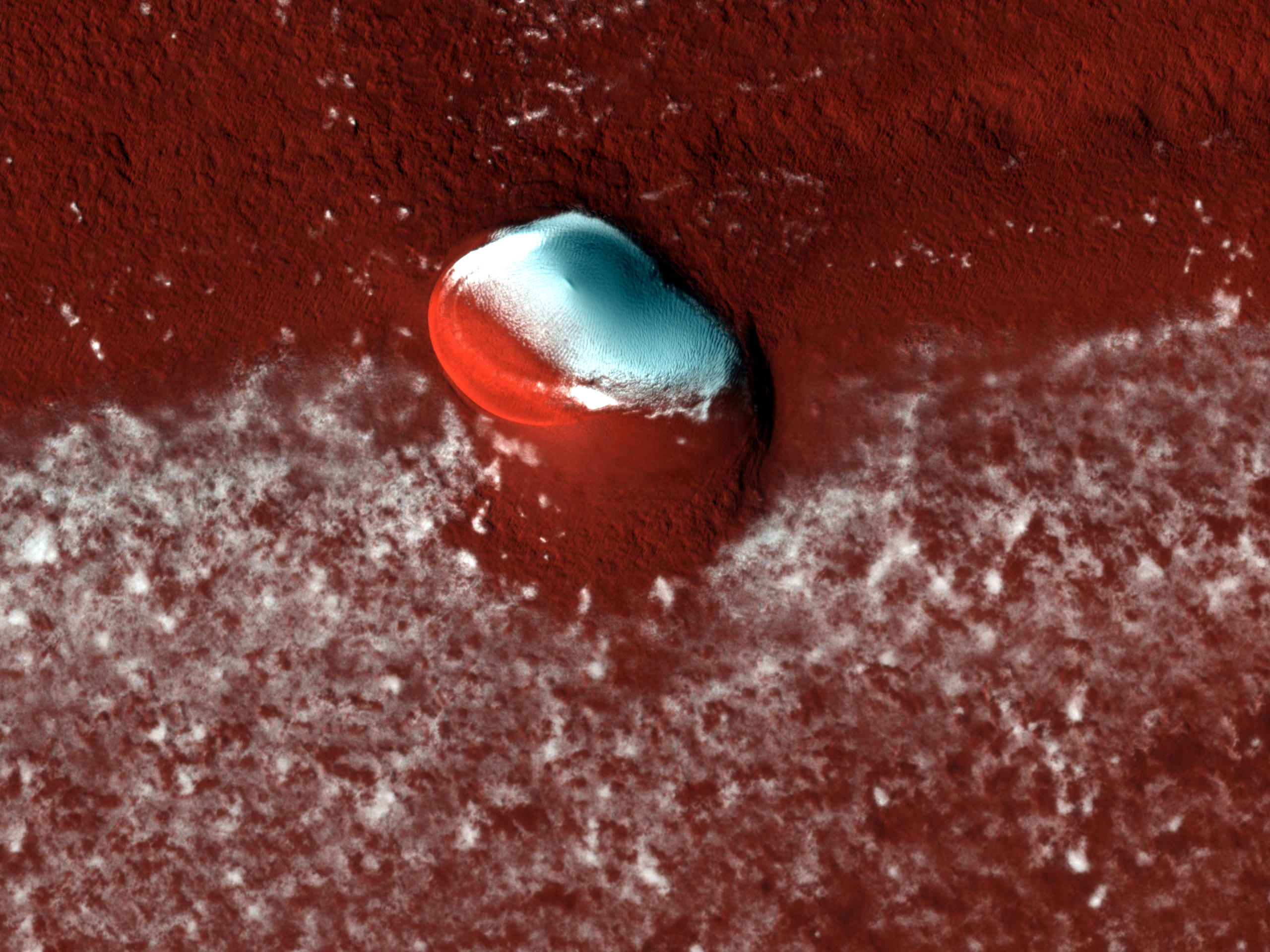 Colors of an Alien World
The north polar layered deposits, and the bright ice cap that covers them, are very young (by geologic standards) features. To try and figure out the age of an area, or how quickly it's being resurfaced, planetary scientists count up the number of craters at different sizes. An older surface has more time to accumulate more craters whereas a younger surface, or one that has a lot of geologic activity that destroys craters, doesn't have many impact craters.

These polar deposits have a very low crater count so it is possible that the ice cap (bright white in this image) might only by about 10,000 years old and the surface of the layered deposits (orange-brown in this image) may be only a few million years old. This sounds like a long time but is very short compared to other surfaces on Mars.

HiRISE is enabling a more detailed study of these polar craters and the target of this observation is visible in the center of the image. This crater proved to be a surprise in a few ways. Its shape is non-circular which is quite unusual for an impact crater. One possibility is that flow of the ice beneath the surrounding terrain has deformed the crater; however, ice-flow rates are thought to be very low on Mars today.

The crater also contains a patch of bright ice despite being surrounded by terrain that has mostly lost its ice cover. This seems typical for these polar craters and it may be that ice within these craters is protected from ablation by shading from the crater walls.