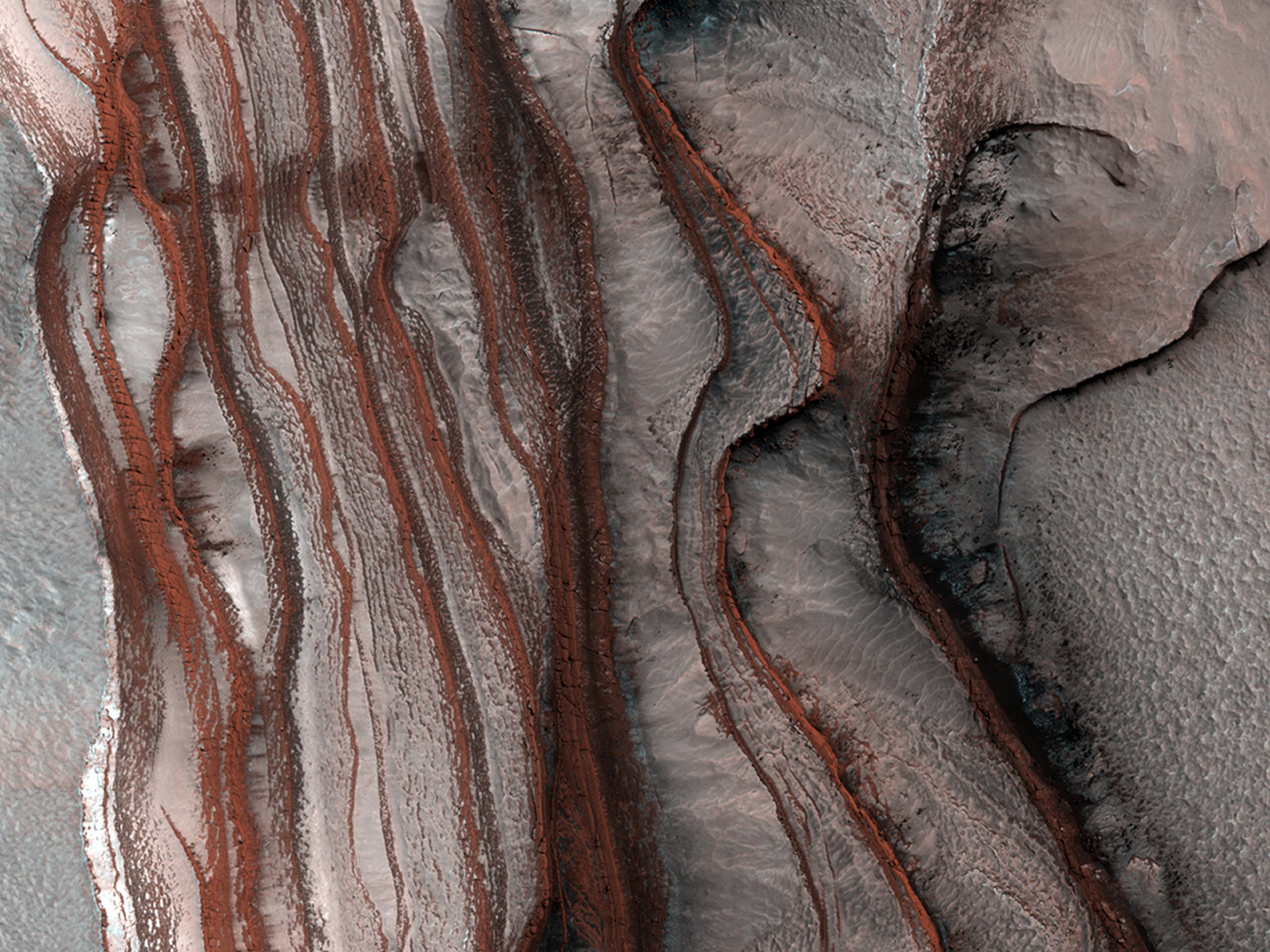 North Polar Layered Deposits
The North Polar layered deposits of Mars form a layered stack of dusty ice up to three kilometers thick. The differences from layer to layer are thought to reflect differences in the climate of Mars that existed when the layers were formed.

We can see these internal layers exposed on the faces of the many troughs and scarps that cut through these deposits. One of these scarp faces is shown here; it is situated at the head of a large canyon (named Chasma Boreale) that cuts through these polar layered deposits.

The section of the layered deposits that is exposed on this cliff face is unusual in that, as well layers of dusty ice, there are also layers of sand present. Small structures, called cross-beds, visible in the sandy layers indicate that each layer was originally a dune field that only later became covered with ice. Some of this sandy material is being removed from the cliff face and is forming new dunes at the foot of the cliff.