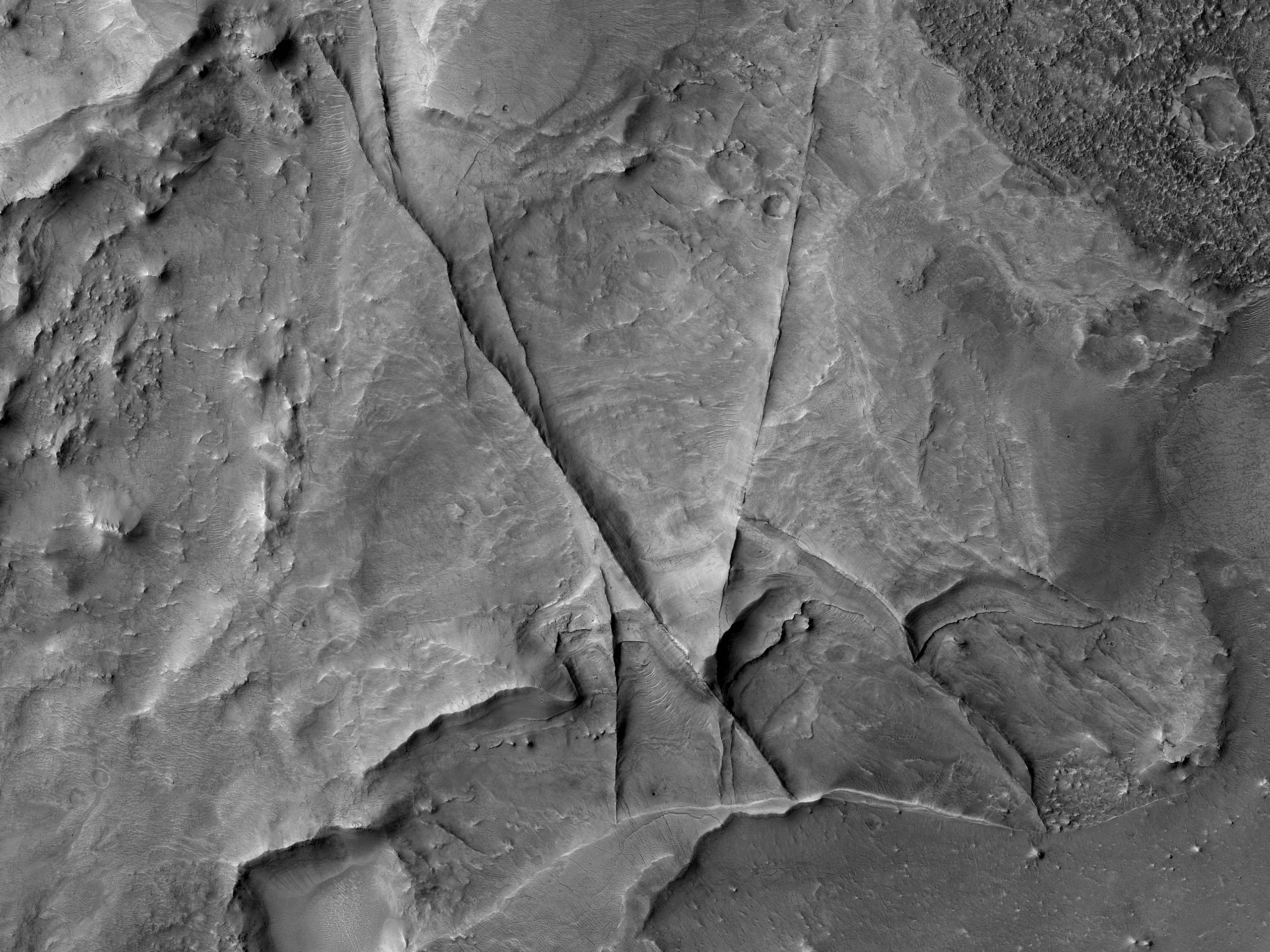 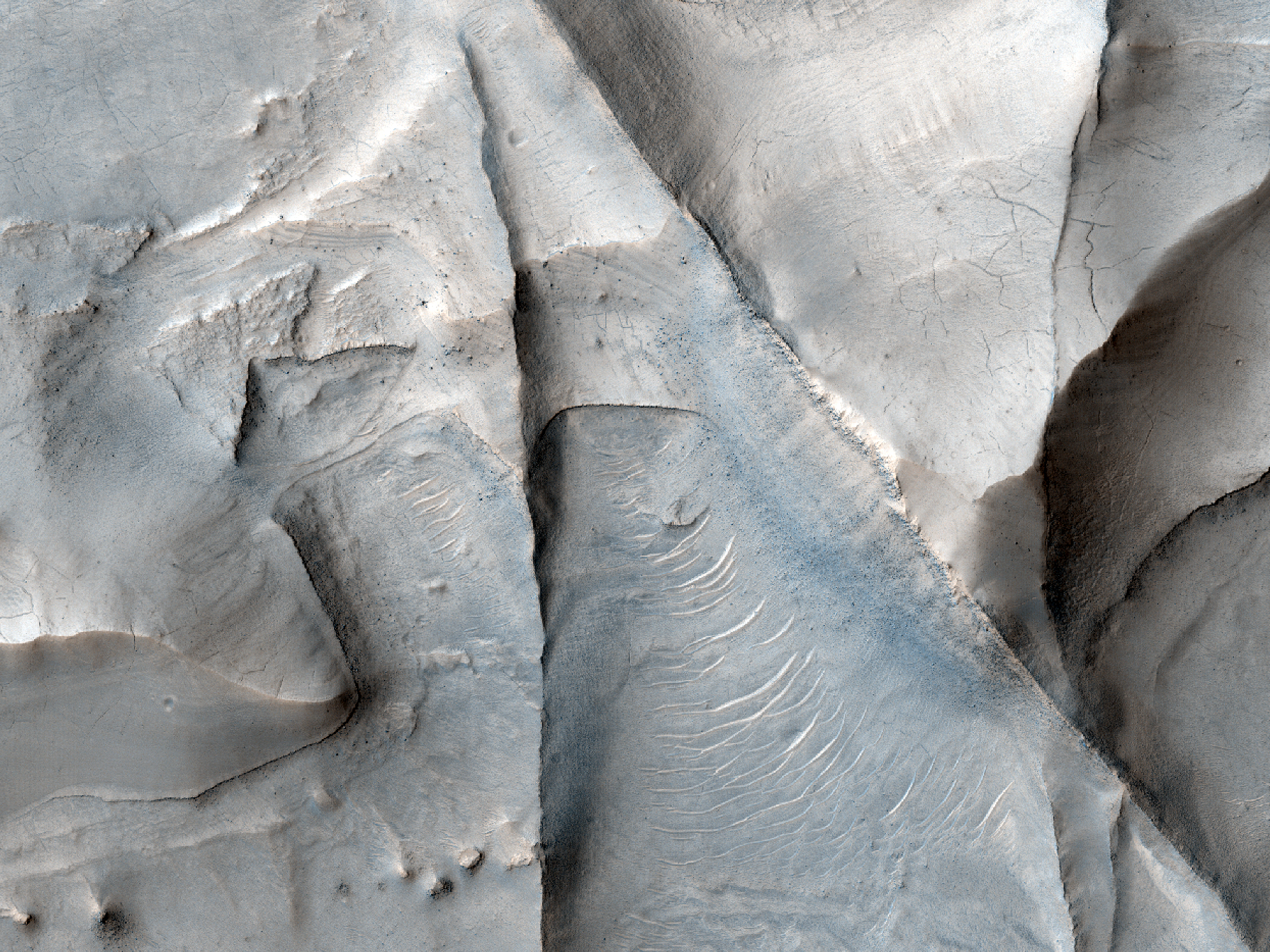 These ridges appear to have formed as a result of erosion of the surrounding rock. The ridges themselves are likely stronger material and therefore stayed behind as the remainder of the rock was whittled away, possibly by flowing water, blowing wind, or a combination of both.

If water played a role in the erosion of the rock and exposure of these ridges, this water would have flowed many thousands or millions of years ago, perhaps through Huo Hsing Vallis. Water underground may also have helped to form these ridges prior to erosion. On Earth, water and other fluids flowing underground often follow cracks and faults, since it is easier for the liquids to flow through the open spaces of these fractures than through solid rock. These liquids often leave behind minerals within the fractures that help to strengthen the surrounding rock by essentially gluing the fragments of rock together. This can make the fracture stronger than the surrounding rock and lead to ridges that withstand the forces of erosion.

Similar cemented fractures have also been interpreted elsewhere on Mars, and if true, would be useful indicators of the presence of underground water at some point in the planet’s past.