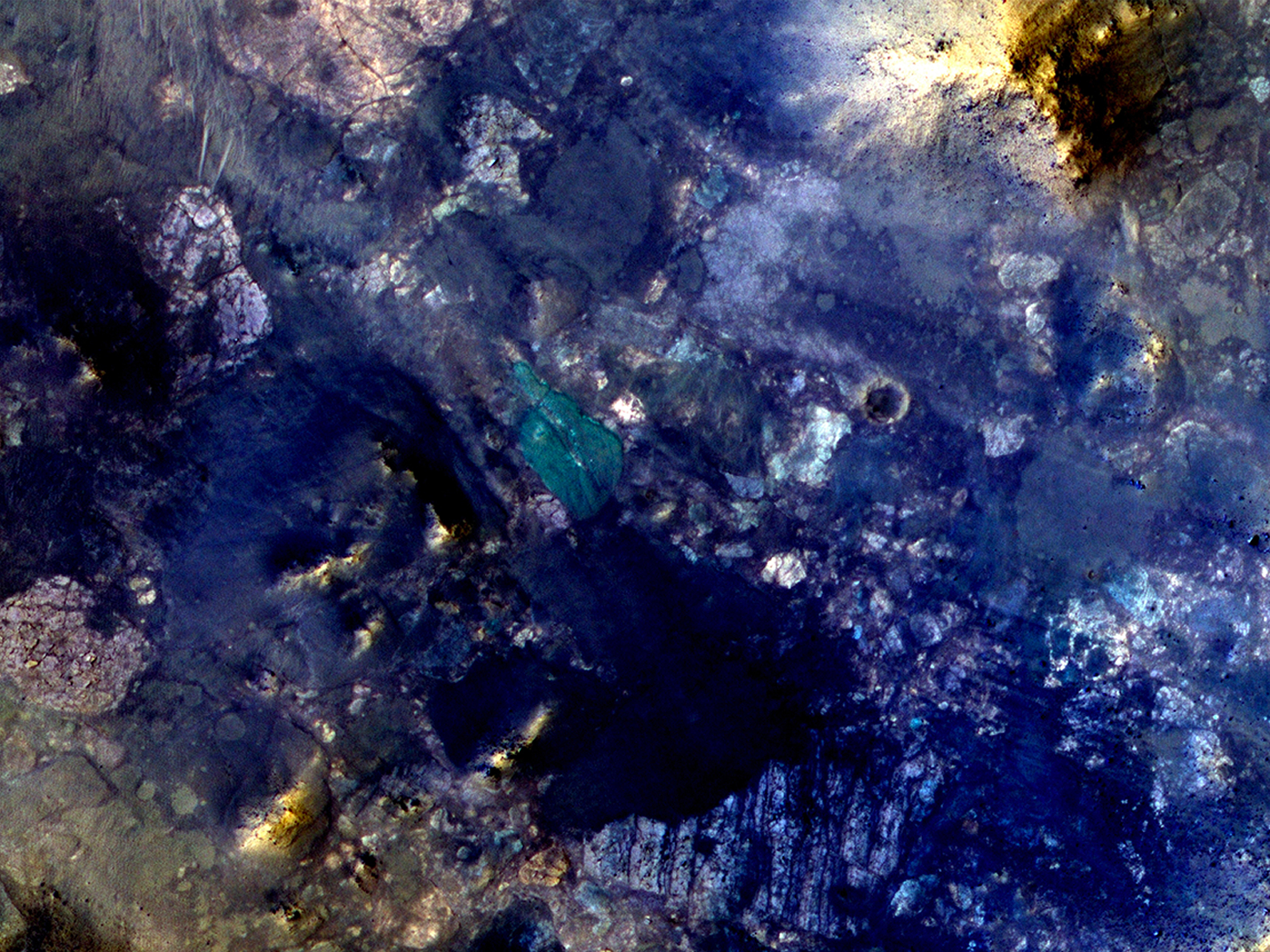 After the impact occurred, the crater’s central floor rebounded upward, forming a ring of hills and raising deeply buried rocks up to Martian surface. Infrared spectrometers such as THEMIS and CRISM have found that some of these rocks in the crater’s central uplift contain minerals that are intriguing and atypical for Mars, such as quartz, clays, and other water-bearing silicate minerals.

This portion of the image shows some of the central uplift rocks in fine detail. Blocks measuring from a few meters to over a hundred meters across have coloration differences, suggesting that their compositions are different. Some of the largest blocks are internally layered, implying that they are blocks of sedimentary rock. The impact process has shuffled these diverse blocks into this disorganized array known as impact breccia. Some of the materials that appear dark blue in this enhanced color image are probably patches of sand overlying the lighter-toned breccia.