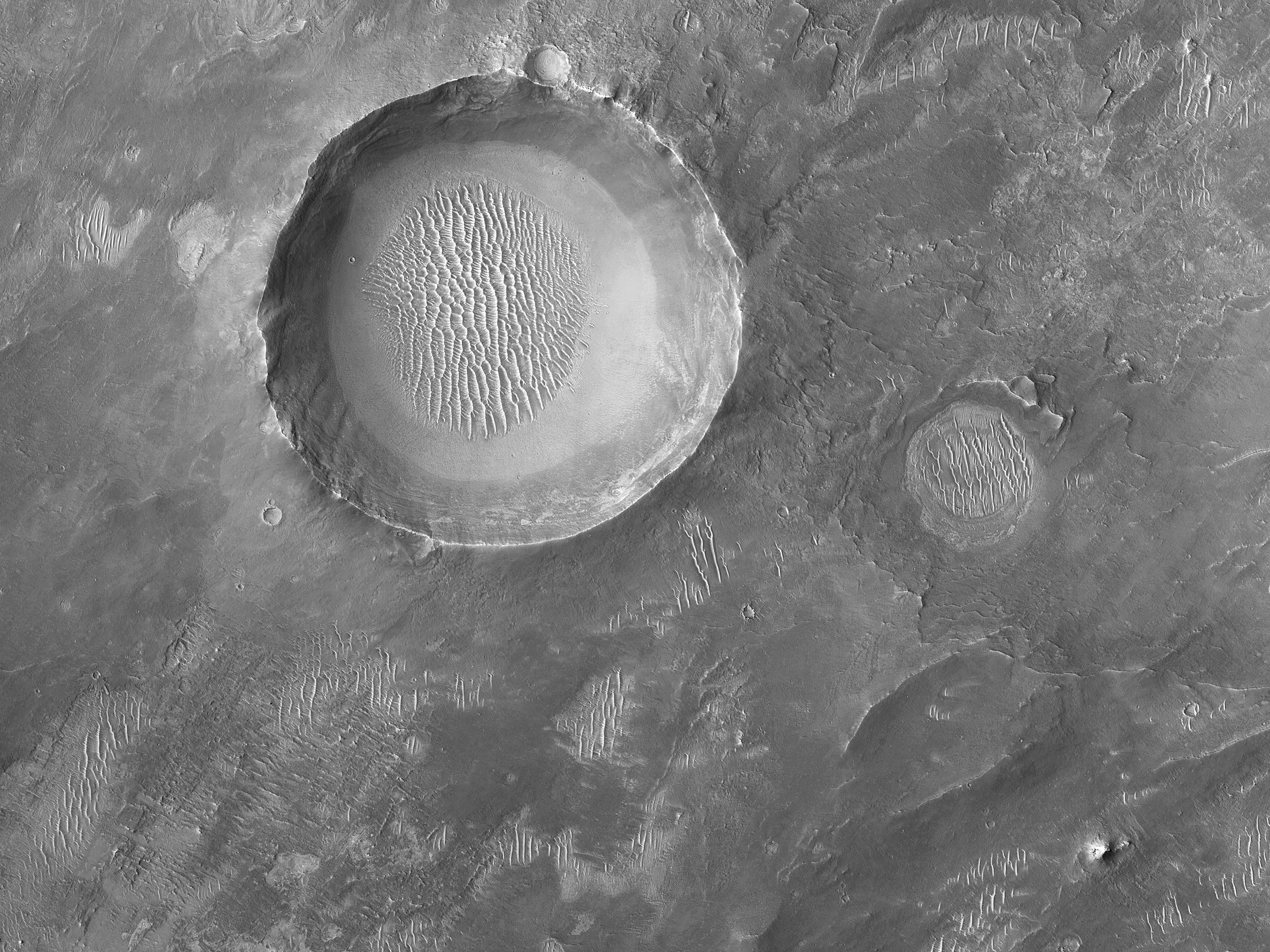 Craters within a Crater
Schroeter Crater is an approximately 300-kilometer diameter crater near the equator that is highly degraded. The full image shows part of the west floor of the crater.

The floor is speckled with other craters, most of which are degraded; the largest entire crater in the scene (image above) has a sharp rim, indicating that it is relatively young. Although this crater is younger than most in the scene, it is filled with dunes, which tells us that it has been there long enough for the wind to blow material into it.

The bottom of the image covers the northeast rim of another crater. This crater looks like it was completely filled with material at one time and that this material has since been removed and sculpted by the wind. It contains dark dunes and piles of dark material, probably sand.