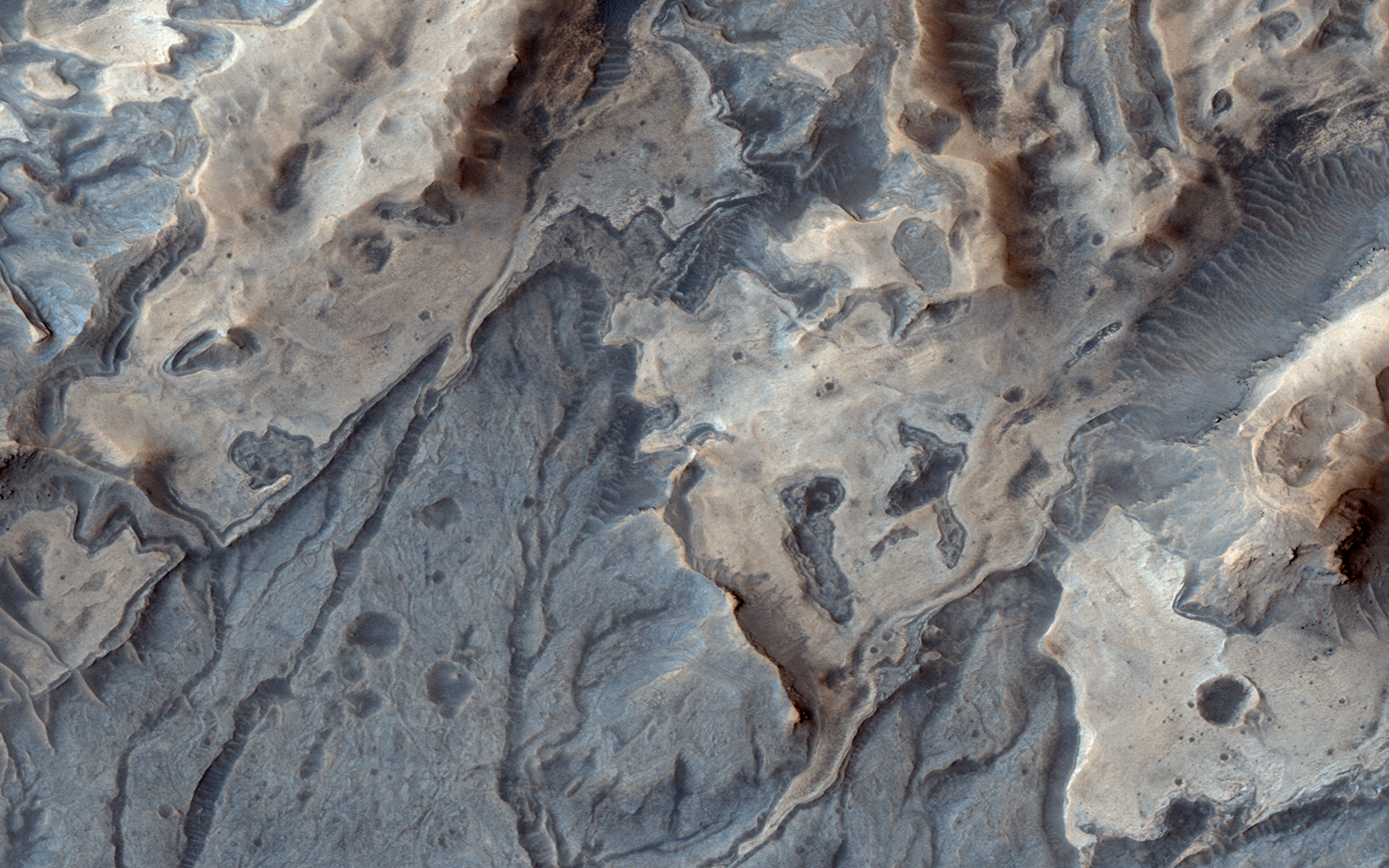 Valleys in Melas Chasma
This image shows numerous valleys and channels along rock in southwestern Melas Chasma. The valleys extend down (south) and merge with other valleys until they reach layered sediment in a basin located to the southeast of this image.

The interpretation is that the valleys formed by precipitation in the late Hesperian epoch and the water that formed them collected in the basin to produce a lake where sediment was deposited. This location is therefore particularly interesting to scientists because it shows water activity that resulted from rain in a relatively young region near the equator of Mars.

The lighter unit at the top of the image is composed of sulfates as determined by the OMEGA instrument on Mars Express, providing further evidence for water activity at this location. The dark streaks that crisscross near the bottom of the image are dust devil tracks that indicate both active winds as well as dust cover that have modified the surfaces in the more recent history.