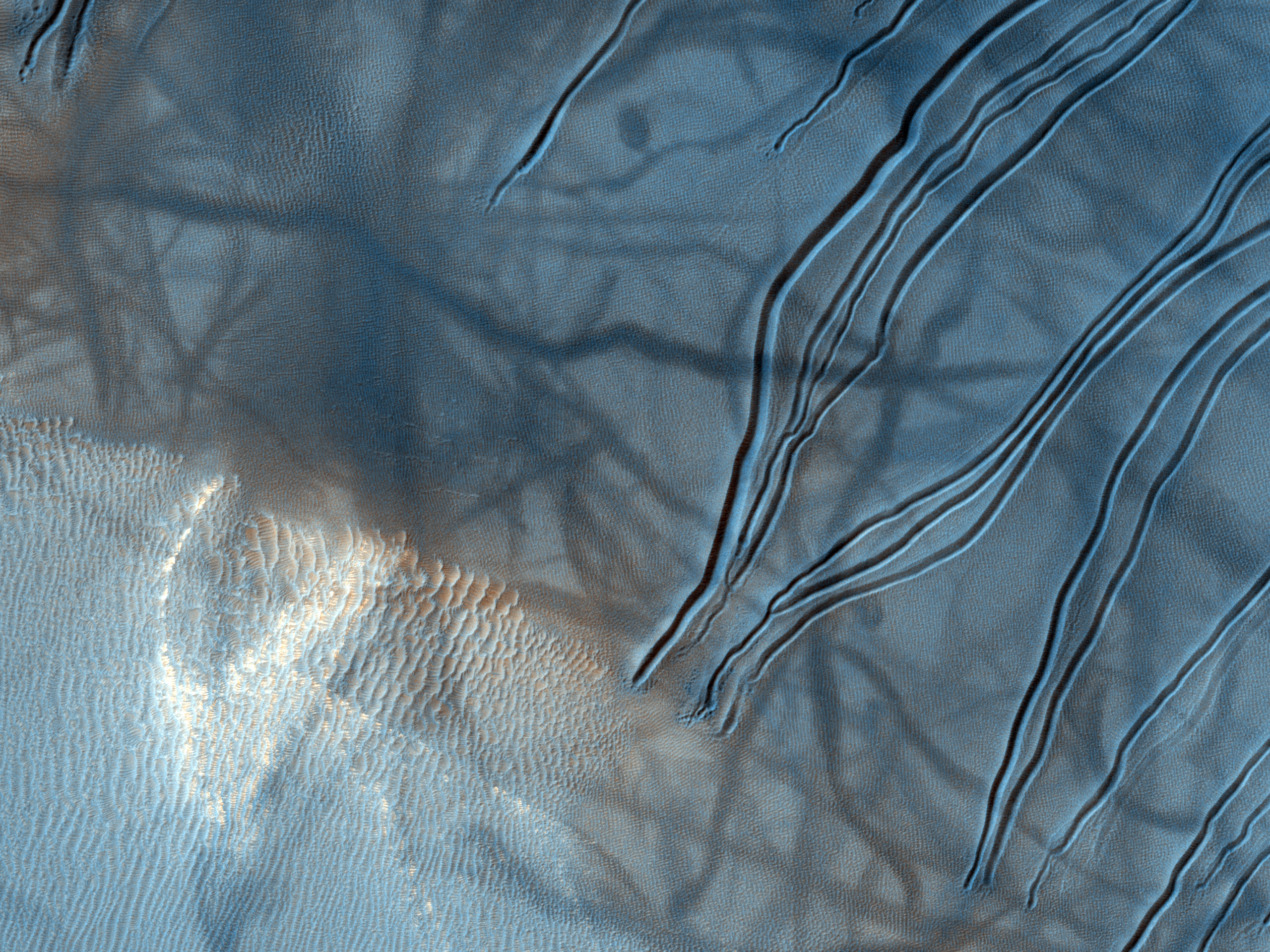 Dancing on the Dunes
Dust devils make dark, diffuse scribble markings on the surface by kicking up dust, and are especially active in the summertime over dark surfaces, such as those with many deposits of sand-sized material.

The surface warms up in the sunlight, creating the right conditions to form dust devils. Mars also has larger dust storms that can deposit a thin layer of dust and eliminate the dust devil tracks.

In our cutout are portions of two HiRISE images, one acquired on 23 June 2007 before the great dust storms of that year, and this one acquired on 19 September 2007. The pattern of dust devil tracks has completely changed over just three months!

The tracks visible in the 23 June image formed in southern spring or summer of this year (2007; we have a series of images over this location), were erased by deposition from the large dust storms, and then new dust devils created the dark markings seen in the 19 September. These images show a small portion of the sand dunes in Russell Crater, which are of special interest due to the peculiar channels that formed on the steep slopes.