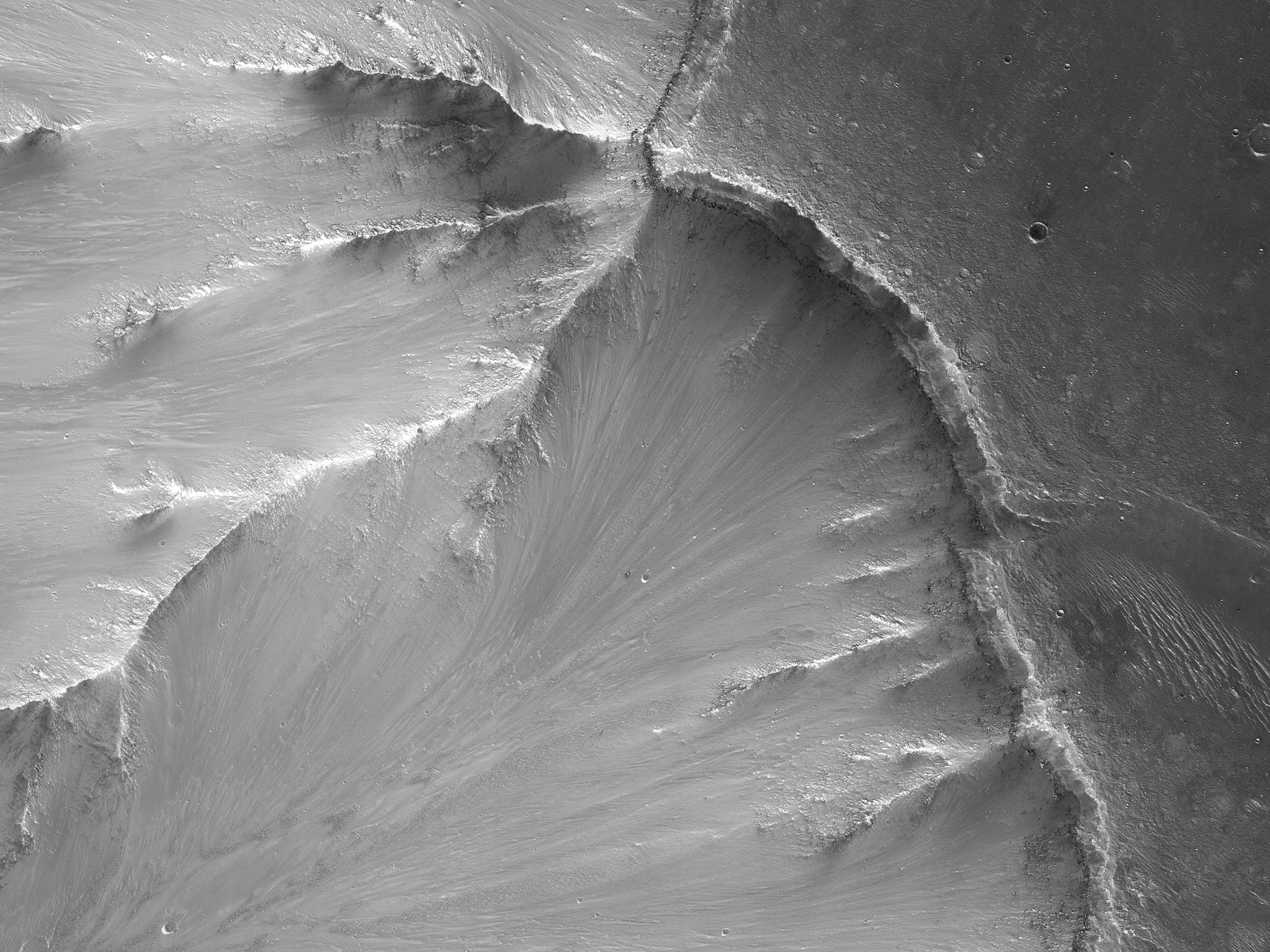 Exposed Faults
This observation shows a portion of the north rim of Coprates Chasma, a large trough that forms the eastern part of the Valles Marineris, a system of canyons stretching for thousands of kilometers.

In this image, several faults are exposed along the surface of the rim. One fault can be seen particularly well centered on the right side of this cutout.

Multiple layers are also visible on the slopes descending from the edges of the flat topped rim. The layers may have formed from volcanic, lacustrine, and/or aeolian sediments once deposited in the Valles Marineris trough. Particularly prominent is a dark-toned layer near the top of the slope. This layer is composed of materials that are more resistant to erosion than the overlying brighter layers. In HiRISE images, this layer is resolved into a rubbly outcrop of meter-scale boulders.