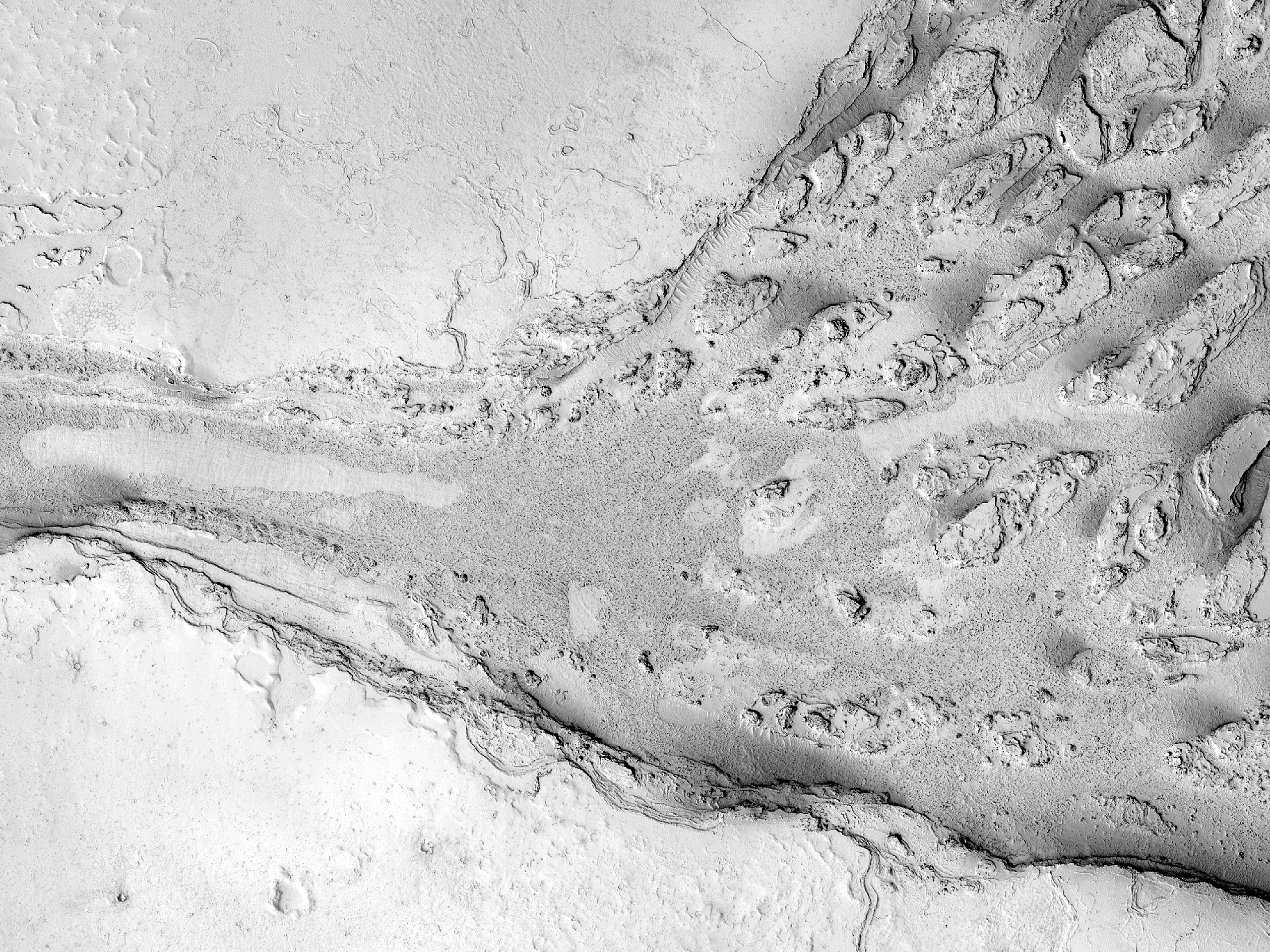 Lethe Vallis flows from southwest to northeast between two basins, Cerberus Palus and eastern Elysium Plantia. Where it empties into the latter, the channel abruptly widens. On the west side of this HiRISE image, Lethe Vallis is approximately 800 meters wide; on the east side, it is more than 7 kilometers in width. As the fluid that carved the channel spread out, its erosive power diminished. Thus, where the channel is wider, it contains numerous high-standing mesas that are primarily composed of pre-existing material that was not fully eroded away.

The floor of Lethe Vallis is covered in solidified lava and blanketed by a thin layer of light-toned dust. The lava has a rough, ridged appearance where its surface buckled as it cooled, and a smoother polygonal texture where it was not significantly deformed. Interestingly, lava textures are visible high on the banks and terraces of the Lethe Vallis. Farther away from the channel, the terrain is older and more heavily cratered.