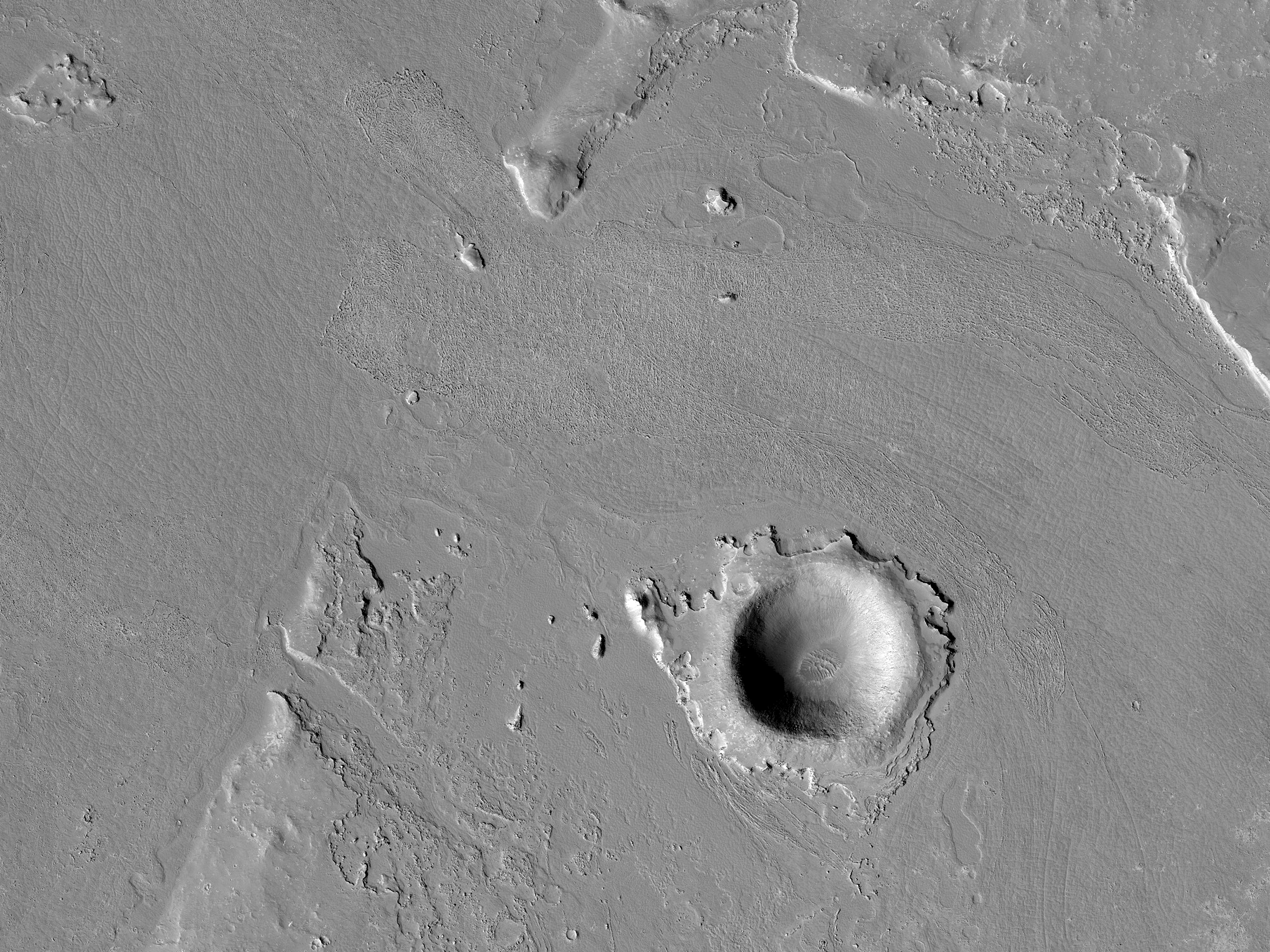 Narrow Pass
Giant floods of lava have covered much of the equatorial lowlands of Mars in the recent geological past. One such flood of lava passed through the narrow gap near the center of this image in western Elysium Planitia.

The pass is only 2.3 kilometers wide, yet the flows went on for another 500 kilometers to the west. As the lava passed through the narrows, the surface of the flow became crumpled and broken, producing a rough surface. To the southeast, the flow moved more gently and the crust was slowly pushed up by liquid lava injected into the freezing lava flow.

Small irregular cones along the margins of the flow were created by explosions as water or ice underneath the lava flow boiled. While lava flows approaching this size have formed on Earth, the rapid erosion on our planet has destroyed the upper surfaces of the lava flows. Mars provides an extremely valuable opportunity to study aspects of giant lava flows that cannot be seen on Earth.