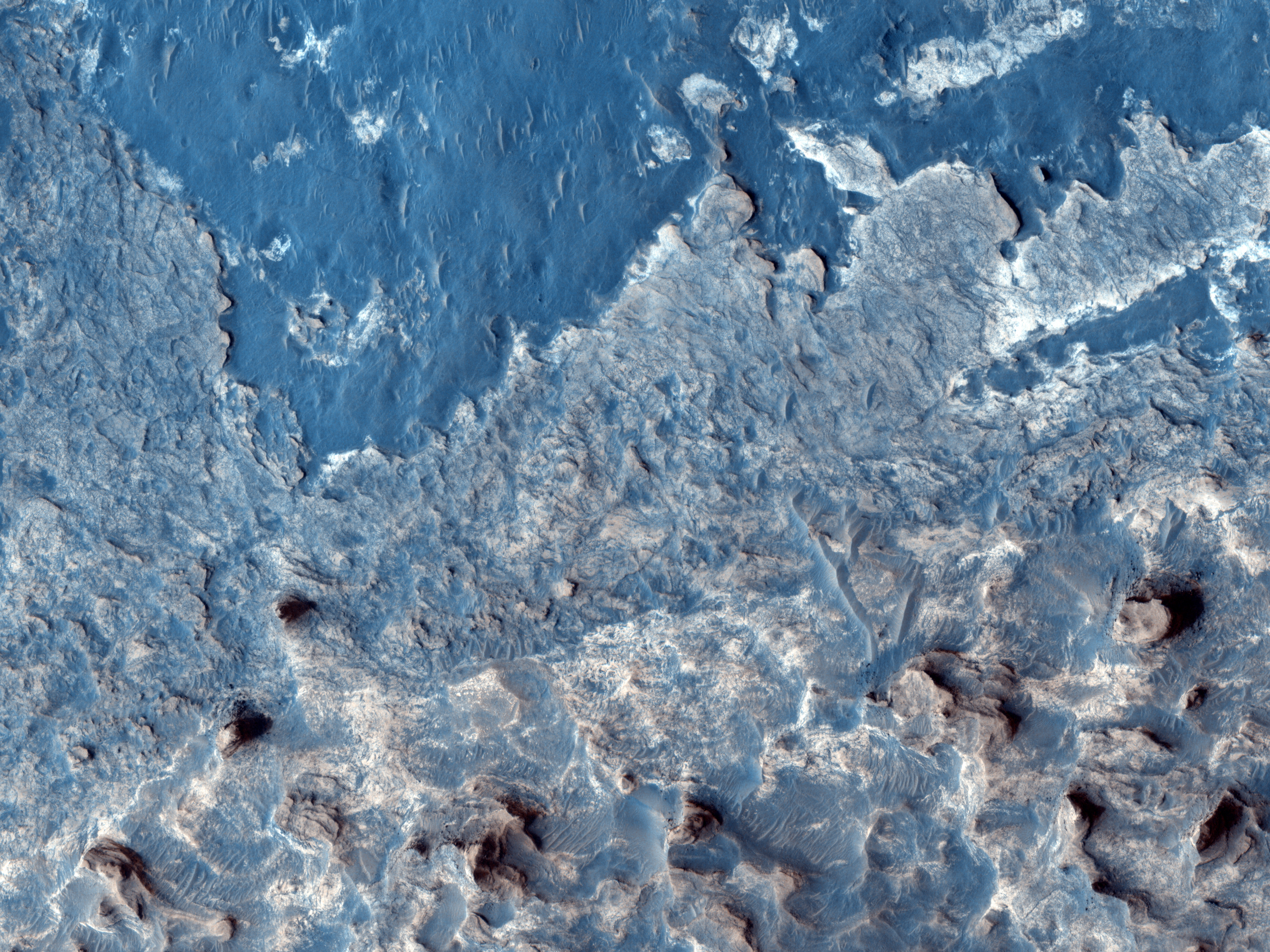 A Dark-Toned Unit Exposed atop Crater Ejecta
This image shows the contact between two geologic units: a cratered plains unit and an etched terrain unit.

The cratered plains are relatively smooth and dark, while the brighter etched terrain consists of smooth plains and dune fields.

The etched terrain occupies the lowest portions of an approximately 120-kilometer valley with a wide variety of landforms suggestive of wind erosion. Both units partially cover the ejecta from an approximately 20-kilometer crater directly to the northeast of the image.