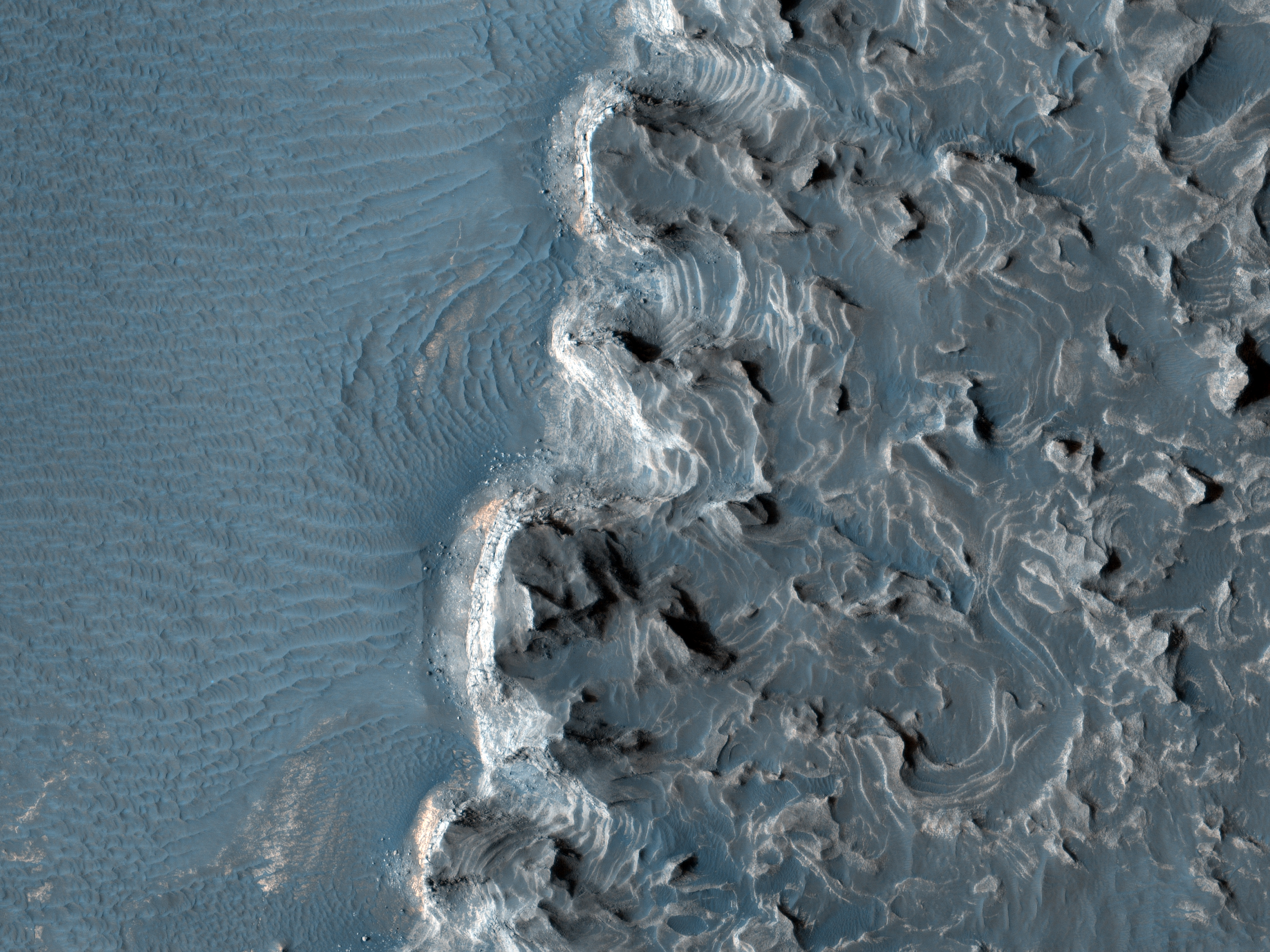 Chaotic terrains on Mars are disorganized regions of blocks and large mounds which appear to have been produced by the collapse of pre-existing terrain. They are often associated with giant outflow channels, and they may have been the source of the water that carved the channels. This link is an important part of understanding the history of water on Mars. One way to address this is to study the rocks left behind in the chaotic terrains.

The outcrop in this subimage is several kilometers across and light-toned. It has a slab-like appearance, with relatively steep edges and a flat top, although the top has many small knobs and spires. In places, particularly along the left (west) edge of the main slab, it is clear that the light material is composed of many fine layers, which are eroding in a stepped fashion due to the variable resistance of the layers. The flat surface of the outcrop is partially coated with dark dust, obscuring its light tone.

Along the edges, the outcrop is breaking into boulders and eroding away, but it is strong enough that it preserves steep slopes, particularly on the eastern edge.

Away from the large slab, the image consists of hills and mounds characteristic of chaotic terrain. Little detail is visible on the mounds. The low areas have been partially covered by wind-blown sand or dust, forming the pervasive ripples seen in the image. Light material can be seen under the ripples in a few places, indicating that the light layered deposits extend farther than just the slab.