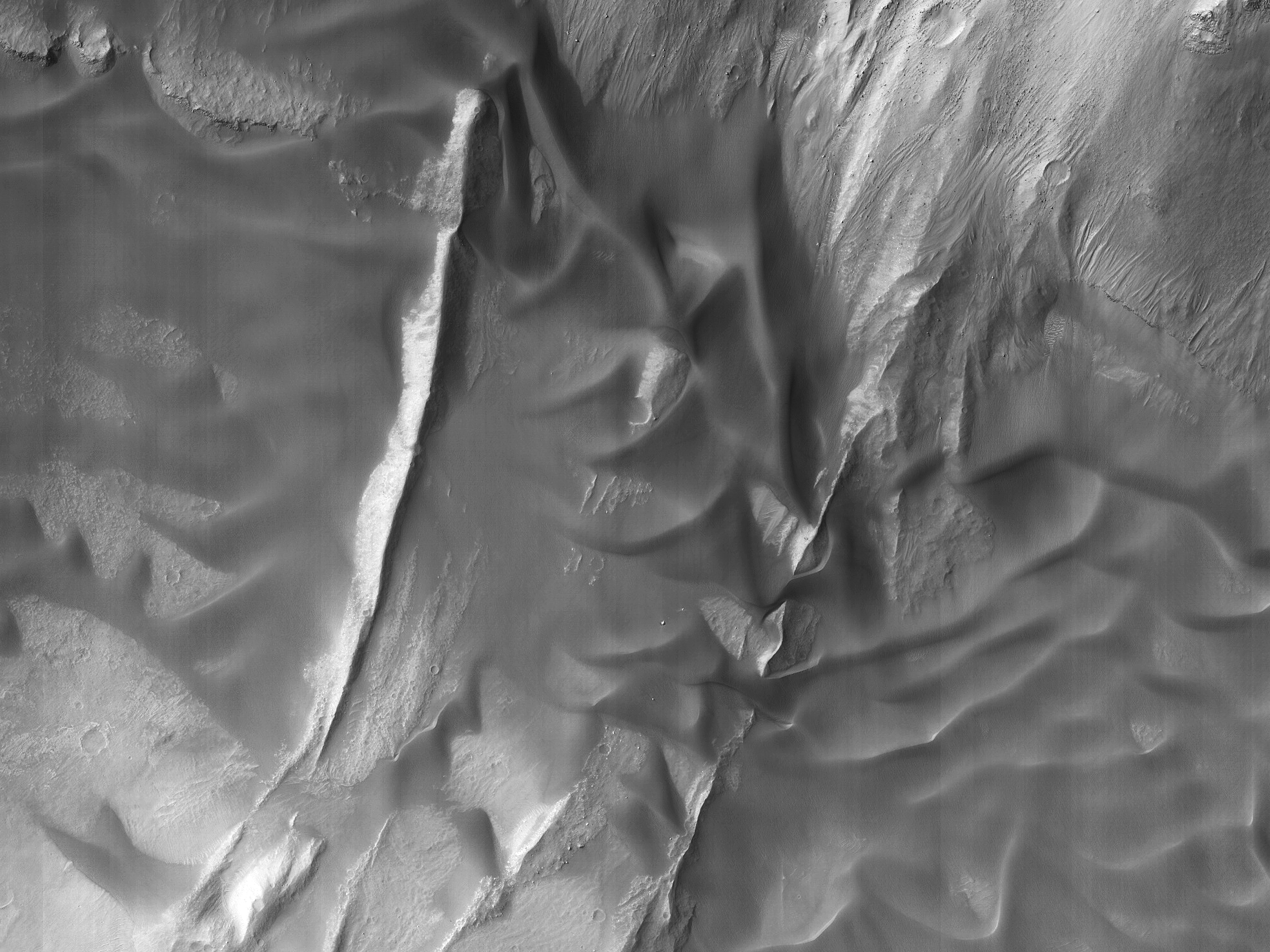 Slipping and Sliding in Coprates Chasma
This observation shows a landslide in the Coprates Chasma region of Valles Marineris that occurred when a large unstable area of rock broke away from the cliffs along the top of the image.

This mass of falling rock broke into many small pieces as it slid downhill and came to rest at the base of the cliff, forming the lobate (curved) mound in the lower part of the image.

The smooth textured ripples that are in the central part of the image are sand dunes. Sand dunes form as wind-blown particles roll across the surface and accumulate. Since the air on Mars is very thin, sand dunes take much longer to form on Mars than they do on Earth. The presence of large sand dunes, along with many small impact craters, on top of this landslide indicates that movement of the slide occurred a very long time ago, perhaps hundreds of millions of years.

This landslide was probably caused by a strong earthquake. A nearby meteorite impact may have generated an earthquake that was sufficiently strong to cause this landslide. Alternatively, movement along nearby faults may have triggered the landslide.