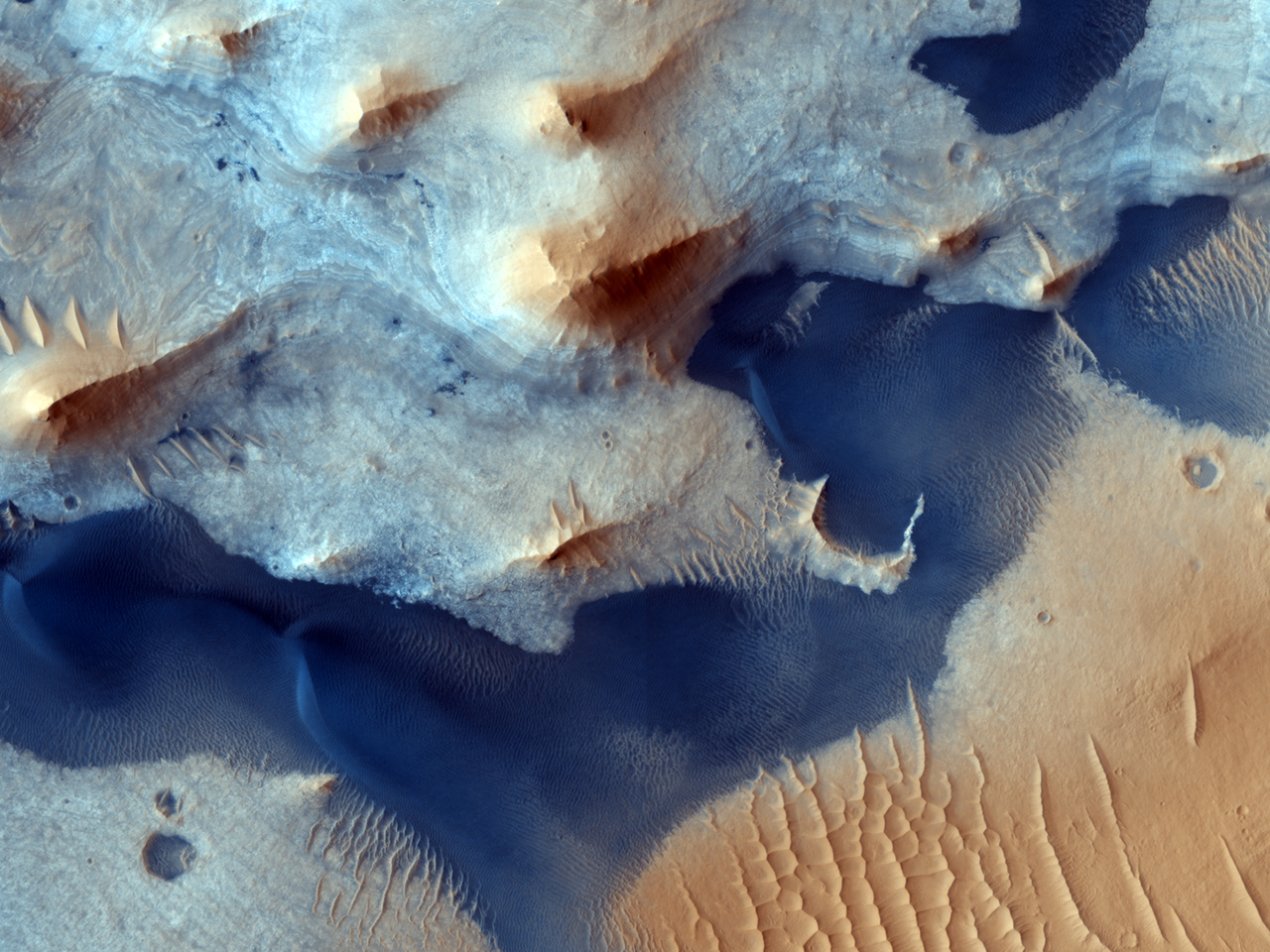 The deposits in this image are eroding into knobs and ridges. The erosion is probably dominated by wind, as most of the ridges are parallel. This is common in wind-eroded features, with the ridges generally aligned with the prevailing wind.

At high resolution, layering is revealed in many of the knobs and outcrops. The horizontal layers indicate that the material was deposited uniformly over a broad area. Possible origins include volcanic airfall or lacustrine (lake) deposits. After deposition, the rock in this area has been fractured and faulted, forming a diverse array of cracks.

The mottled appearance of much of the image is caused by dark, featureless patches which may be wind-blown dust. These have interacted with lighter-toned ridges and ripples which are probably also formed by aeolian (wind) processes. In places, the dark patches partially cover the ripples, indicating that they have moved more recently, but they must be thin because the ripples frequently stand above surrounding dark material.

The ripples exhibit multiple interacting orientations in some places, producing networks of small ridges which reflect movement in winds from several directions.