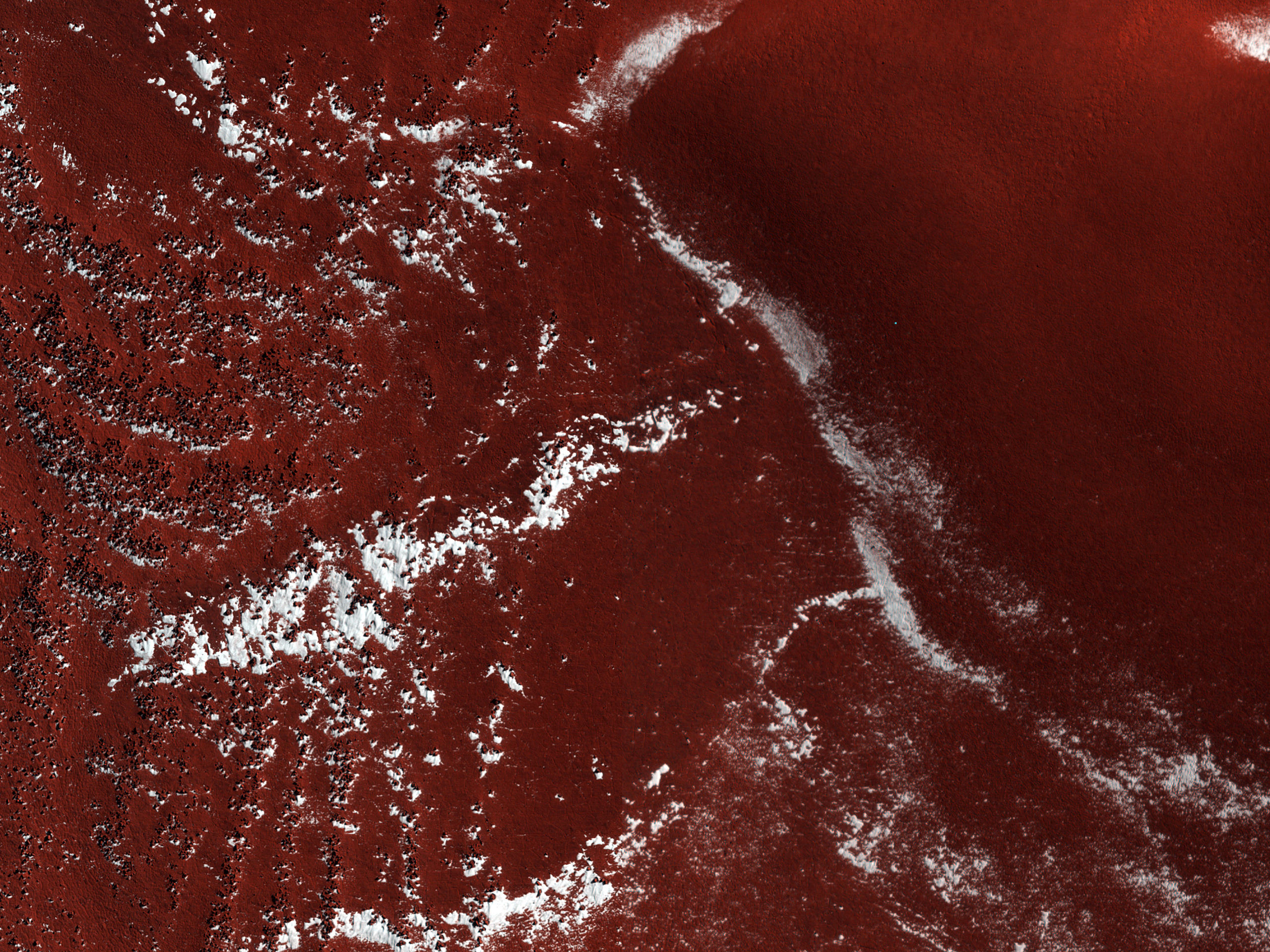 Frost Patch and Dunes in a Northern Hemisphere Crater
The bottom half of this observation shows a portion of a frost patch on a mound inside a northern hemisphere crater. This is the same frosted mound shown in this image. The frost patch has remained largely stable at least since the Viking era (late 1970s).

The bright frost region is bounded by a dune field on the northeast. Several sizes of dunes are visible. The size classes probably represent generations of dunes that formed under a variety of dominant wind conditions.

We can also see dunes and the frost boundary up-close. The frost is largely absent over the dunes, and is more stable over the ground that does not have dune-shaped landforms.