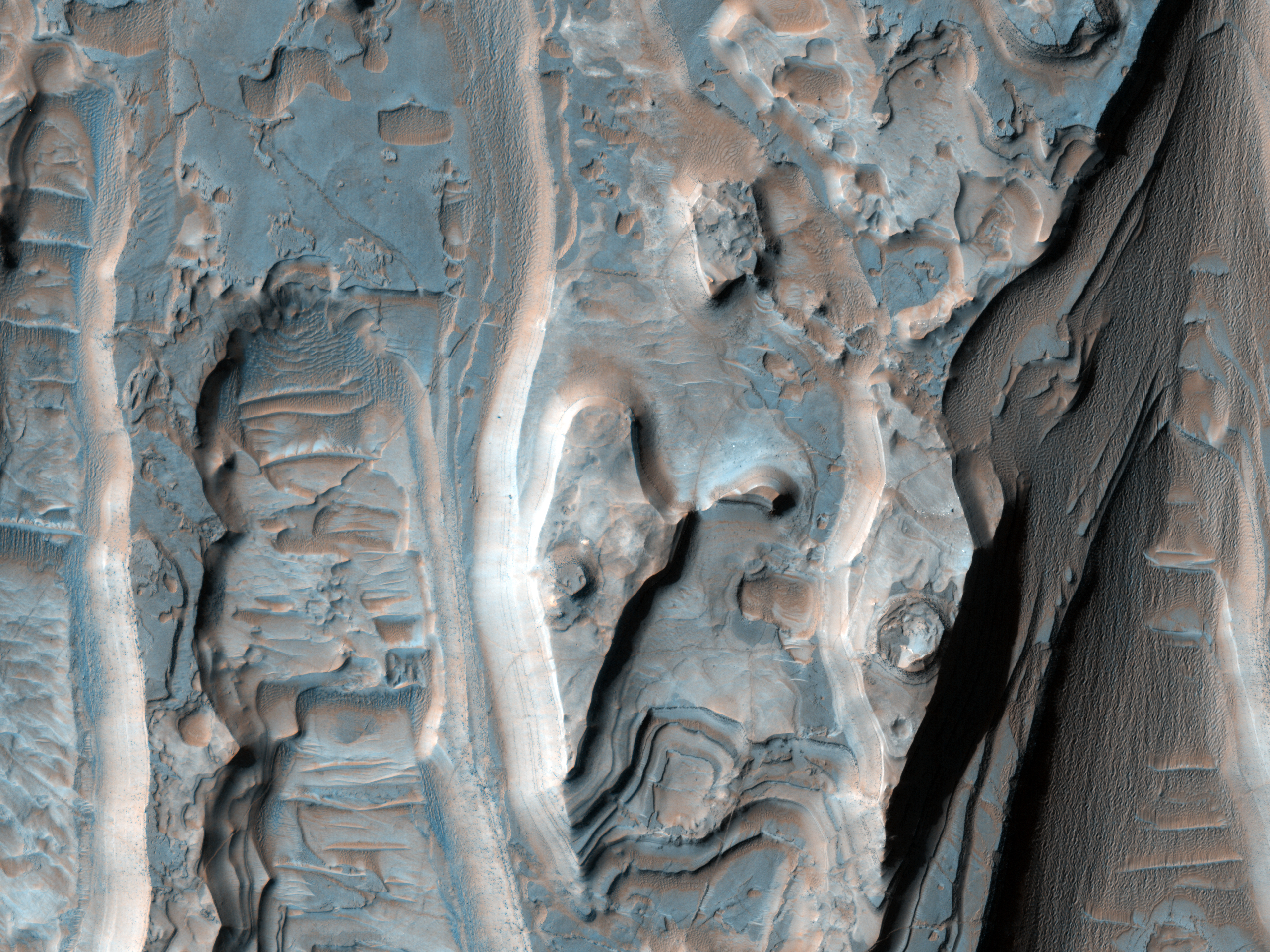 Eroding Layers in an Impact Crater
This image shows a stack of layers on the floor of an impact crater roughly 30 kilometers across. Many of the layers appear to be extremely thin, and barely resolved.

In broad view, it is clear that the deposit is eroding into a series of ridges, likely due to the wind. Below the ridges, additional dark-toned layered deposits crop out. These exhibit a variety of textures, some of which may be due to transport of material.

The light ridges are often capped by thin dark layers, and similar layers are exposed on the flanks of the ridges. These layers are likely harder than the rest of the material, and so armor the surface against erosion. They are shedding boulders which roll down the slope, as shown in the subimage. Although these cap layers are relatively resistant, the boulders do not seem to accumulate at the base of the slope, so it is likely that they also disintegrate relatively quickly.

The subimage itself is 250 meters wide. The light is from the left. Boulders are visible on the slopes of the ridges along with thin dark layers including the cap layer, but they are absent on the spurs where the resistant cover has been eroded. This demonstrates that the boulders come only from the dark layers, and are not embedded in the rest of the deposit.