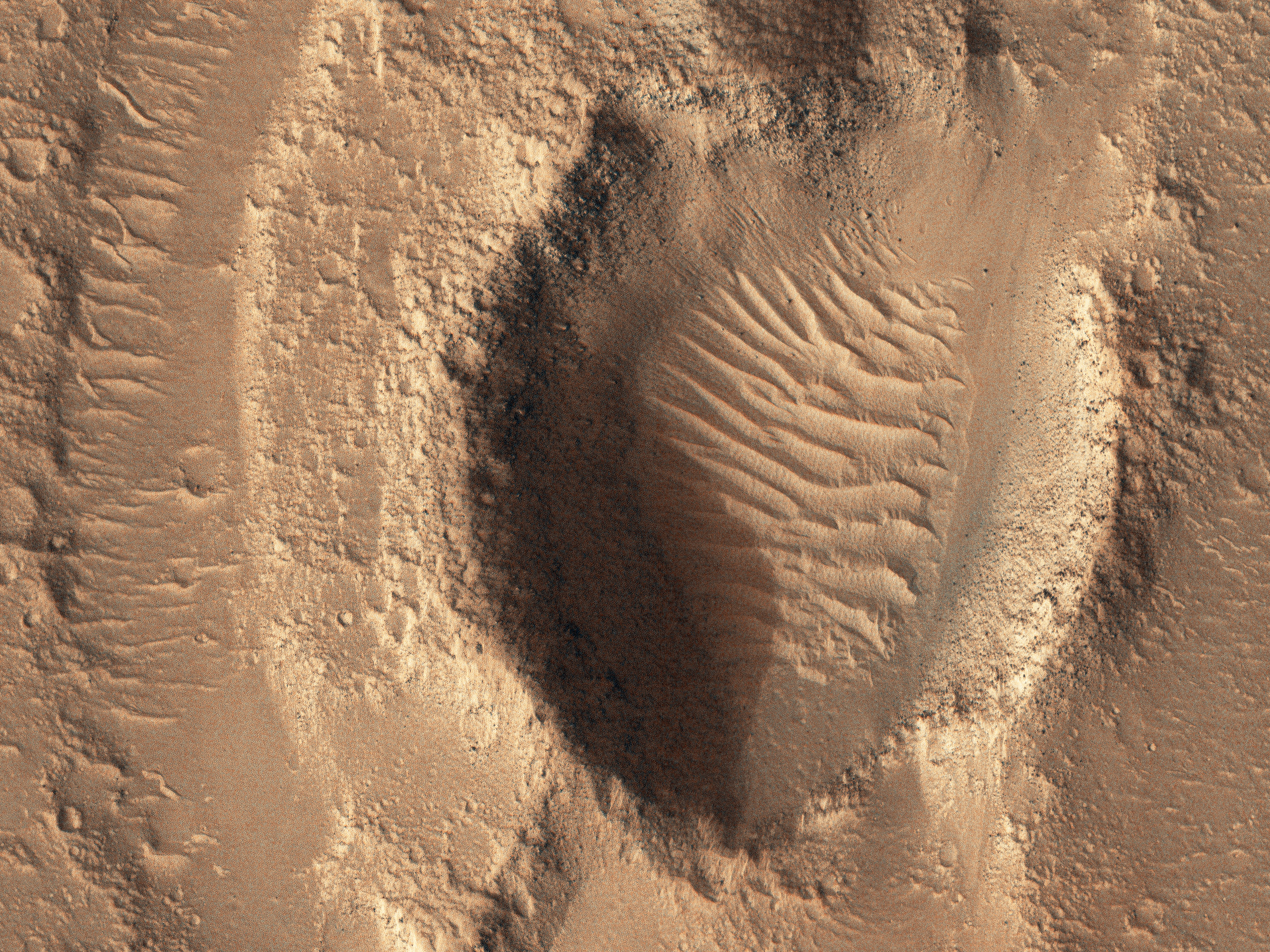 Flooded Impact Craters in Hebrus Valles
Hebrus Valles are a complex set of channels in the northern lowlands of Mars just to the west of the Elysium volcanic region.

The channel segments to the north of this image display a variety of features, including streamlined forms and terracing that are suggestive of catastrophic flooding.

However, this observation shows channels of uniform width suggesting more persistent flows eroding into and around two impact craters, each about two hundred meters in diameter. This complex geology may be the result of formation in volcanic terrains as fluid flows erode into basalt and interbedded ash or sediment layers. The channel system is thought to be early Amazonian in age (as far back as 3 billion years ago), which is younger than many of the other outflow channels on Mars.