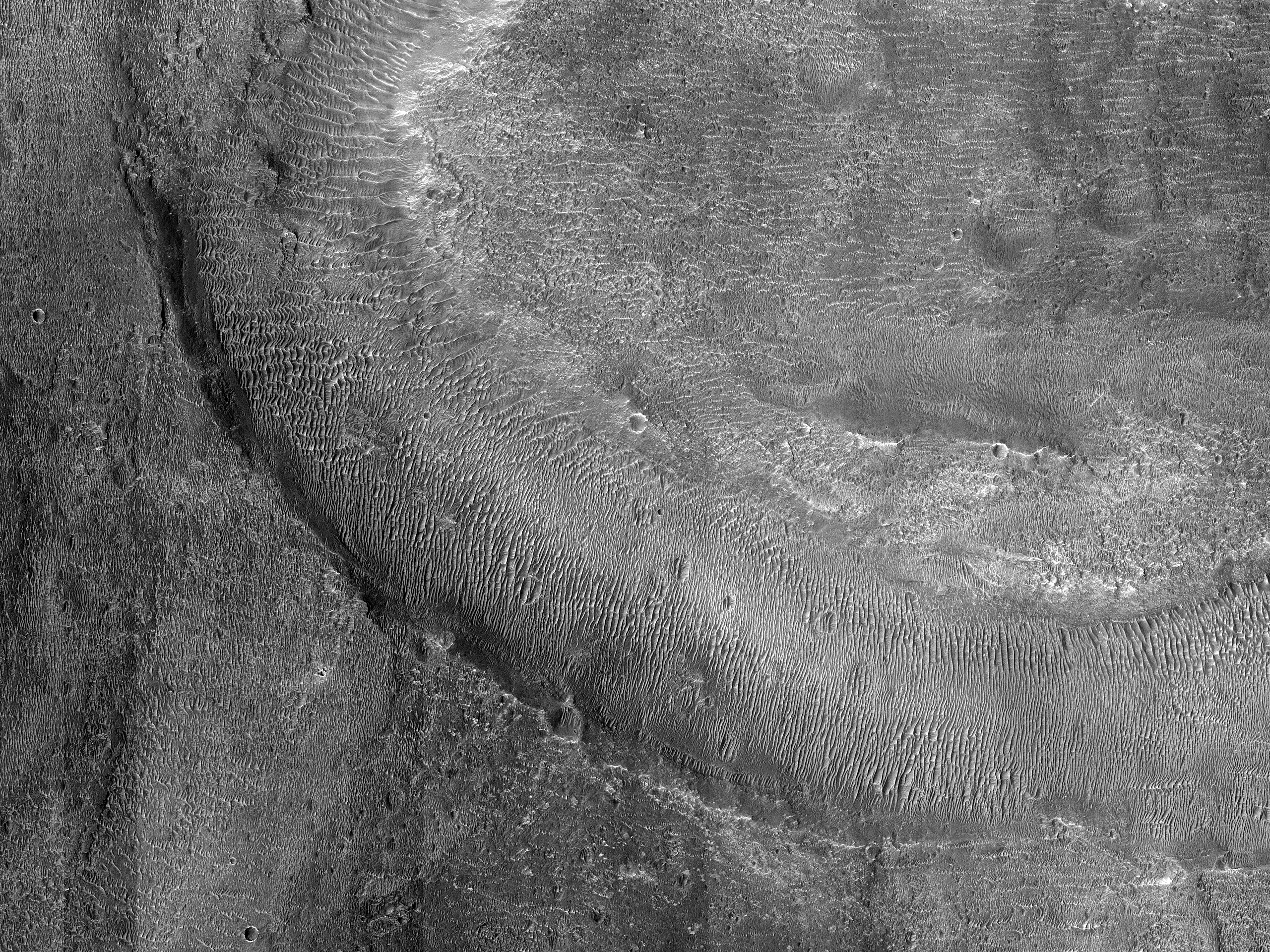 Fluvial activity began in the Noachian period, likely peaked in the late Noachian-to-Hesperian, and then persisted, at least locally, into the Late Hesperian or Amazonian epoch. (This time period goes back at least 4 billion years to the present.)

Our image shows fluvial channels that cut through the ejecta from Jones Crater, indicating relatively younger water activity in the region.