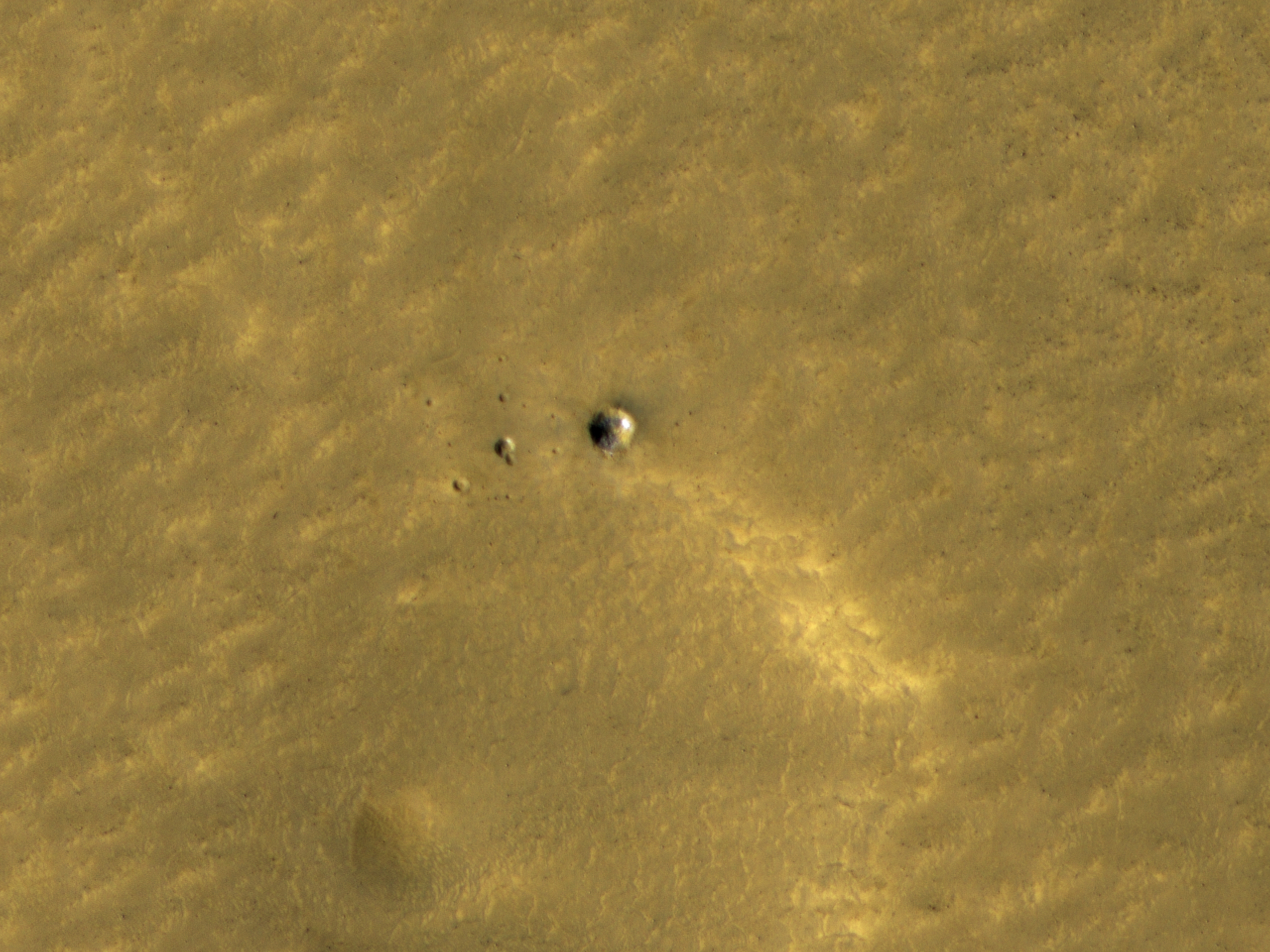 Long-lasting Ice in a Young Crater
The HiRISE and Context Camera instruments on the Mars Reconnaissance Orbiter have worked together to image many new impact craters that have formed within the last few years. At middle and high latitudes, these craters often dig up ice, which is initially bright and then fades away as it sublimates.

A small crater here was first seen by HiRISE in 2010, and some of the ice is still bright over a decade later. A theory suggests that many millimeters of ice should have been lost in that time. Since we can still see the ice, it must be very clean, without much dust or debris mixed in. How many changes can you spot?