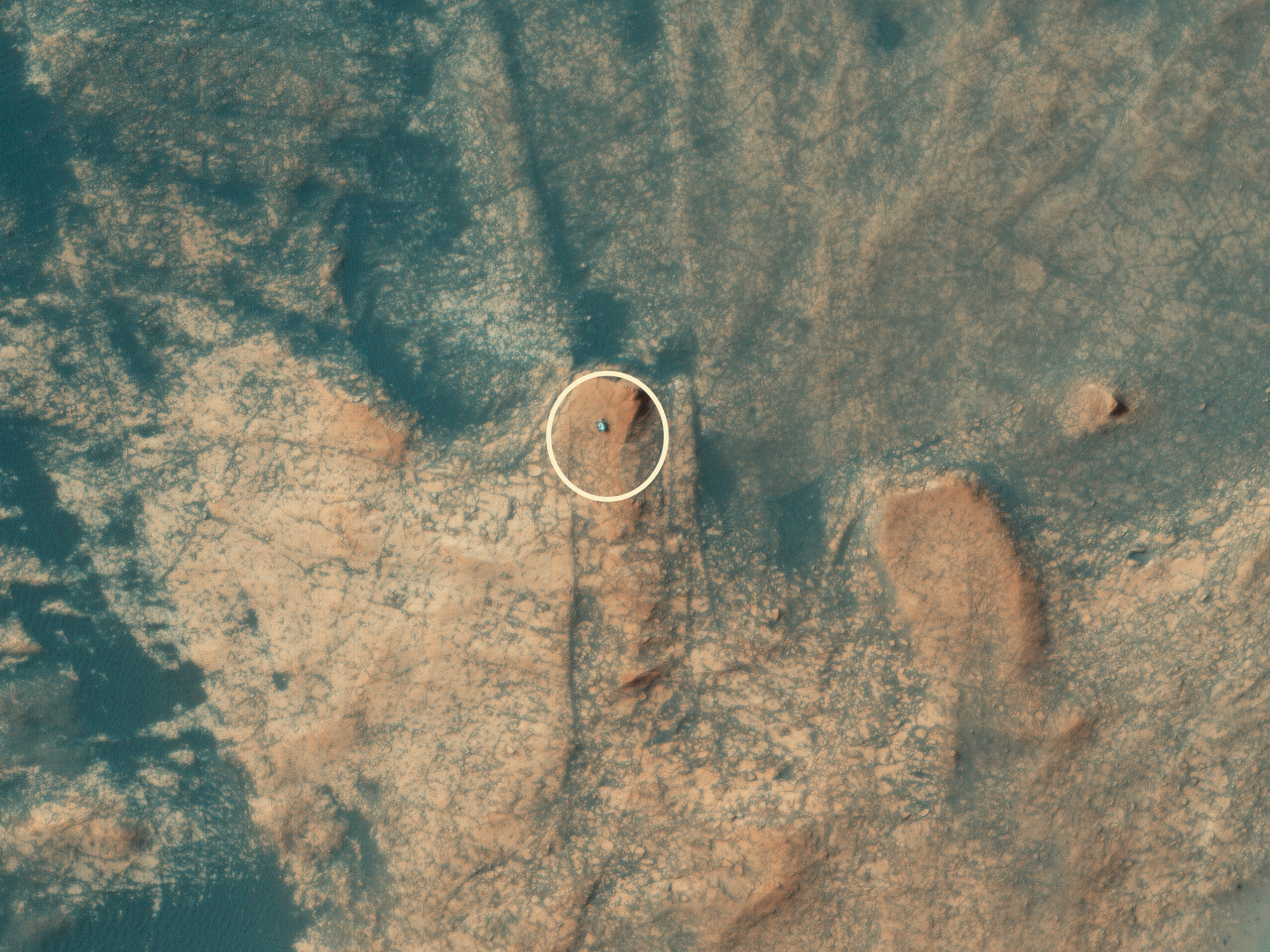 Curiosity Rover Climbing Mount Mercou in Gale Crater
The Curiosity rover has been exploring Gale Crater since 6 August 2012, and has driven more than 25 kilometers to date. The rover is currently ascending “Mount Mercou,” a broad outcrop of rocks on the northern flank of “Mount Sharp” near the center of the crater.

Gale Crater is approximately 150 kilometers across and Mt. Sharp is more than 5 kilometers high in total. The rover is about the size of a small car and is currently located near and above an approximately 6 meter-high cliff where it examined the exposed rocks.

The rover previously drilled into the rocks at the base of the cliff. Scientists are interested in comparing the rocks from the bottom to the top to investigate how any changes may relate to the appearance of the rocks exposed on the cliff face.

NB: The image has a pixel-scale of 26 centimeters, thereby indicating that most features a few pixels across (a little under a meter across) can be resolved on the surface. Names in quotes are informal, not approved by the International Astronomical Union.