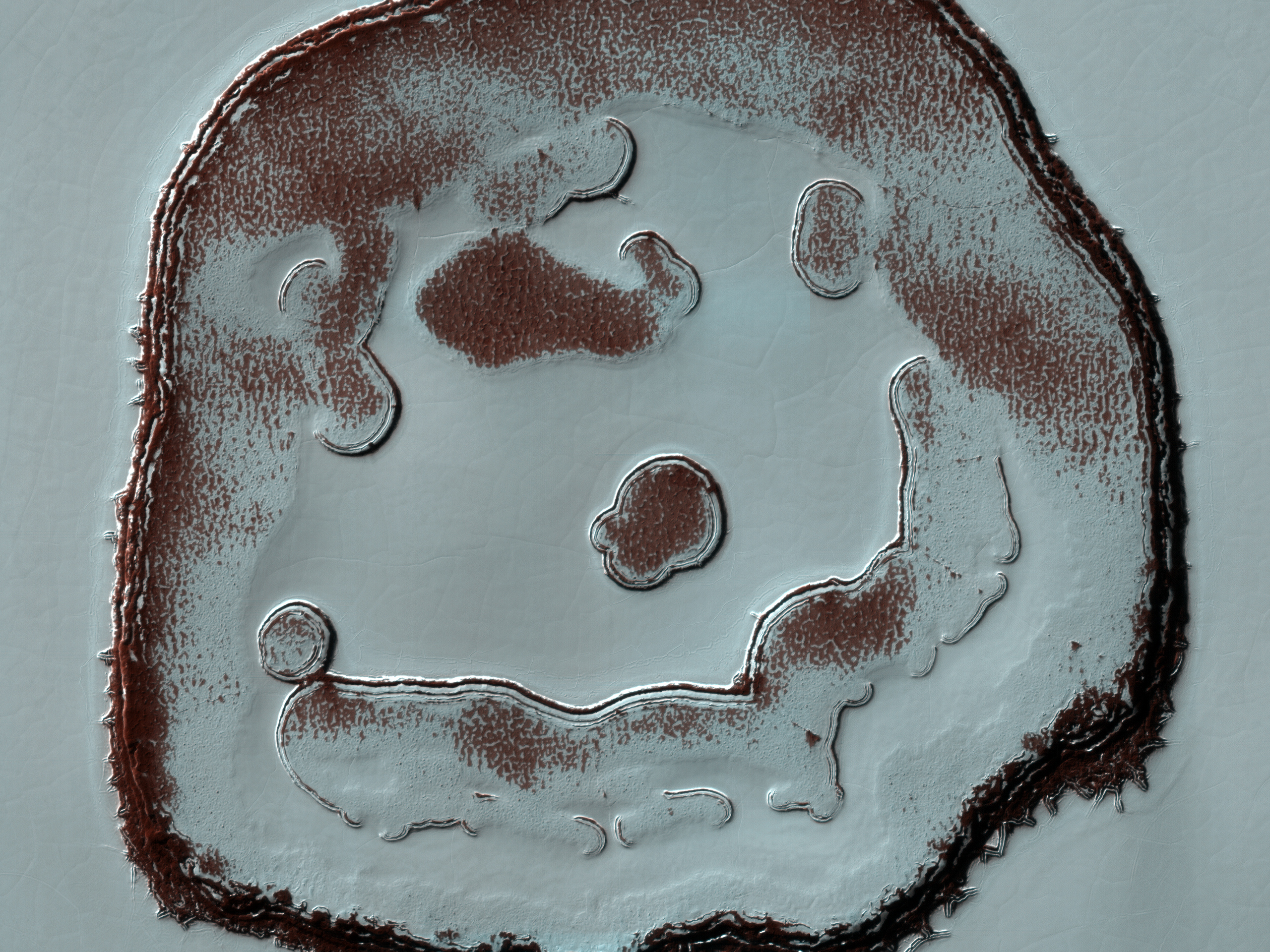 Changes of a Happy Crater
We’ve monitored the so-called Happy Face Crater in the south polar region of Mars for almost a decade. Two images that we took, one in 2011 and the other in 2020, at roughly the same season, show color variations that are due to different amounts of bright frost over darker red ground.

The “blobby” features in the polar cap are due to the sun sublimating away the carbon dioxide into these round patterns. You can see how nine years of this thermal erosion have made the “mouth” of the face larger. The “nose” consisted of a two circular depressions in 2011, and in 2020, those two depressions have grown larger and merged.

Measuring these changes throughout the Martian year help scientists understand the annual deposition and removal of polar frost, and monitoring these sites over long periods helps us understand longer term climate trends on the Red Planet.