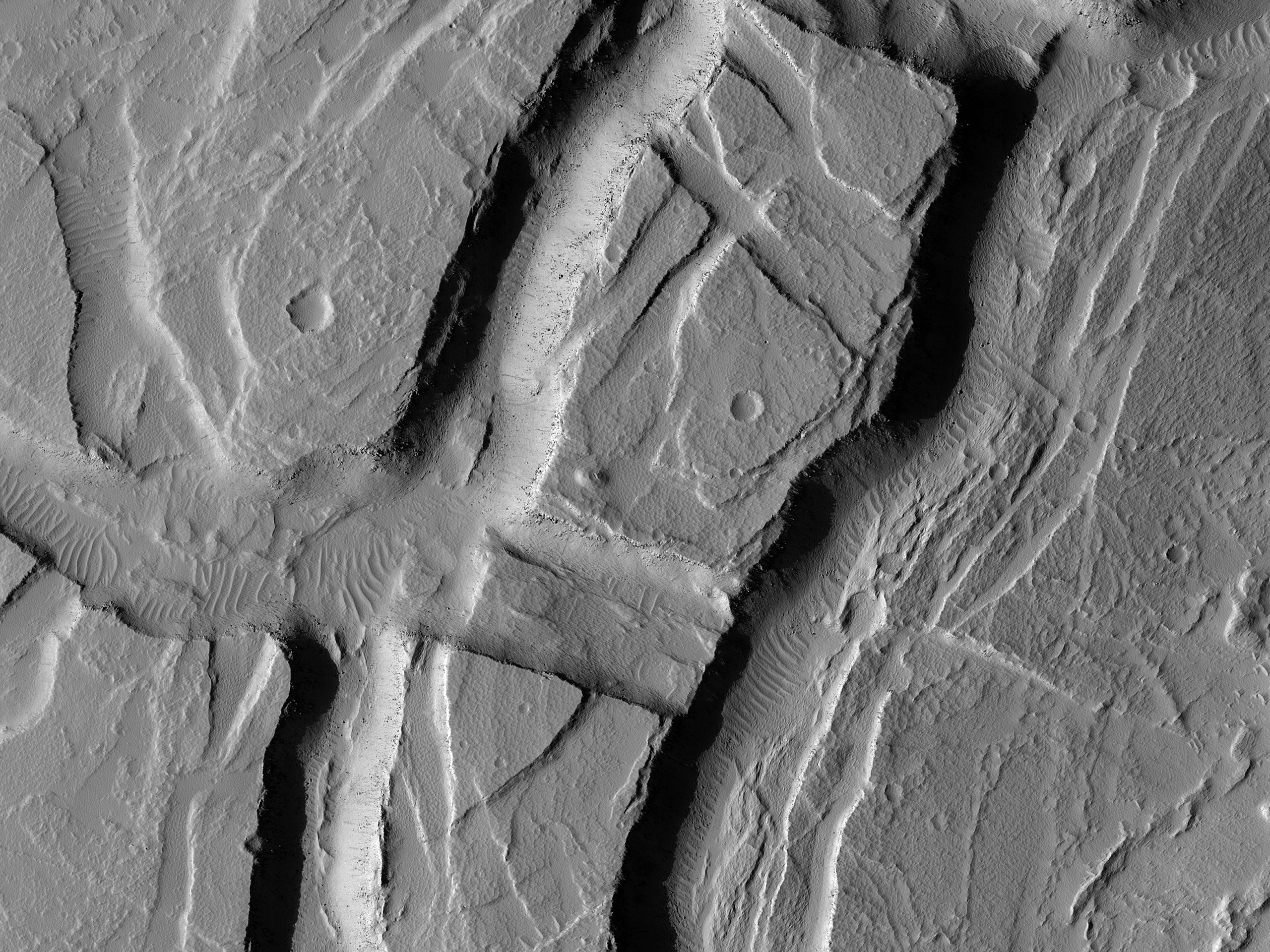 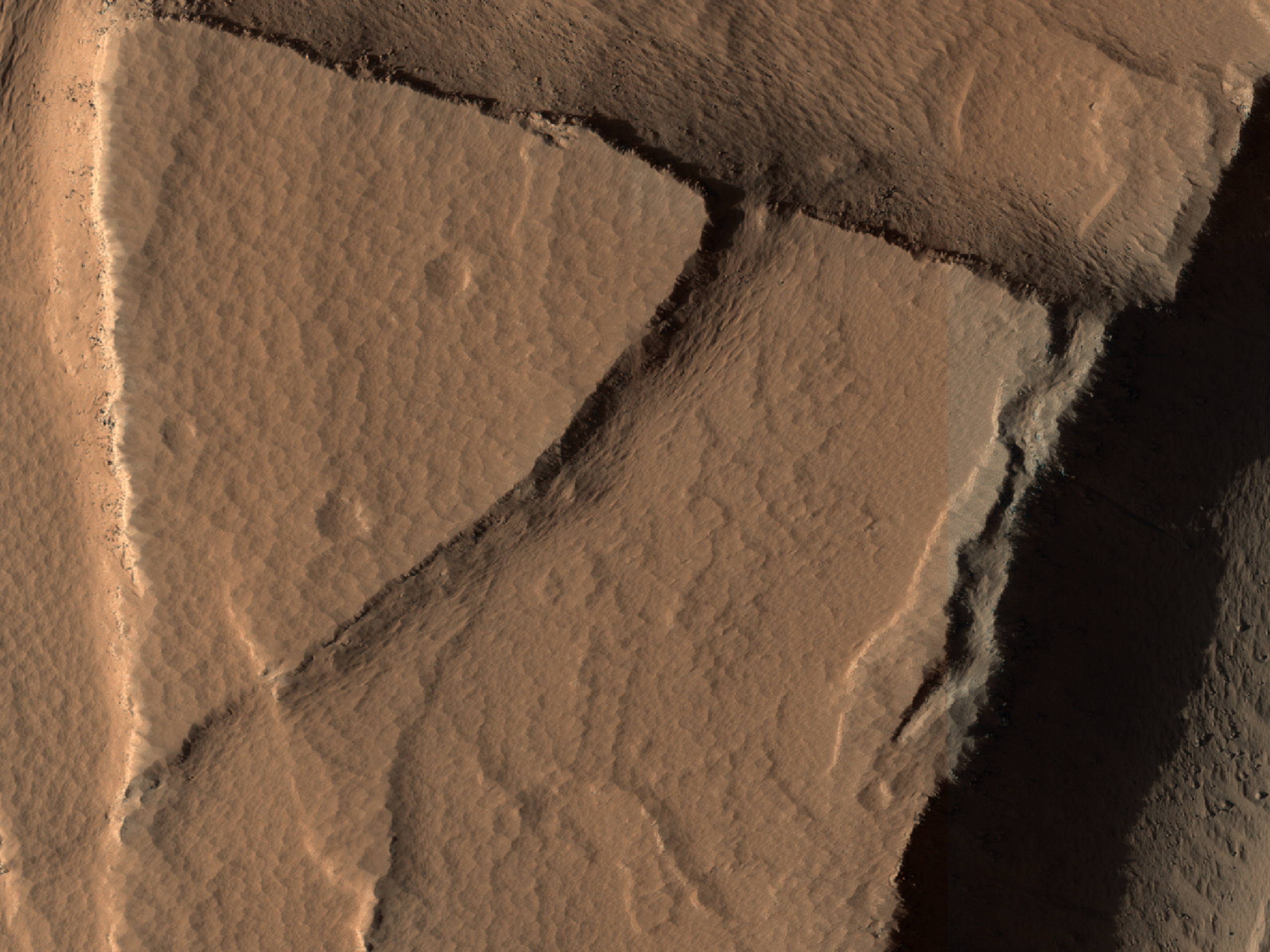 Enigmatic Uplifts in Echus Montes
The surface of these mounds on Mars have cracked in a pattern reminiscent of cracks in the crust of bread (not the cheap fluffy stuff in a bag but the nice stuff from the bakery). This indicates that these hills, named the Echus Montes, were lifted up by the swelling of their interiors.

Such swelling could be the result of groundwater freezing or rising domes of salt. But the more likely scenario is that the mounds sit atop injections of magma. Geologists call such mounds that have been pushed up by magma “laccoliths.”

This HiRISE image looks at a particularly complex set of fractures on the surface. These appear to record multiple overlapping episodes of fracturing which might mean that this mound was uplifted by multiple separate intrusions of magma that occurred at different times.