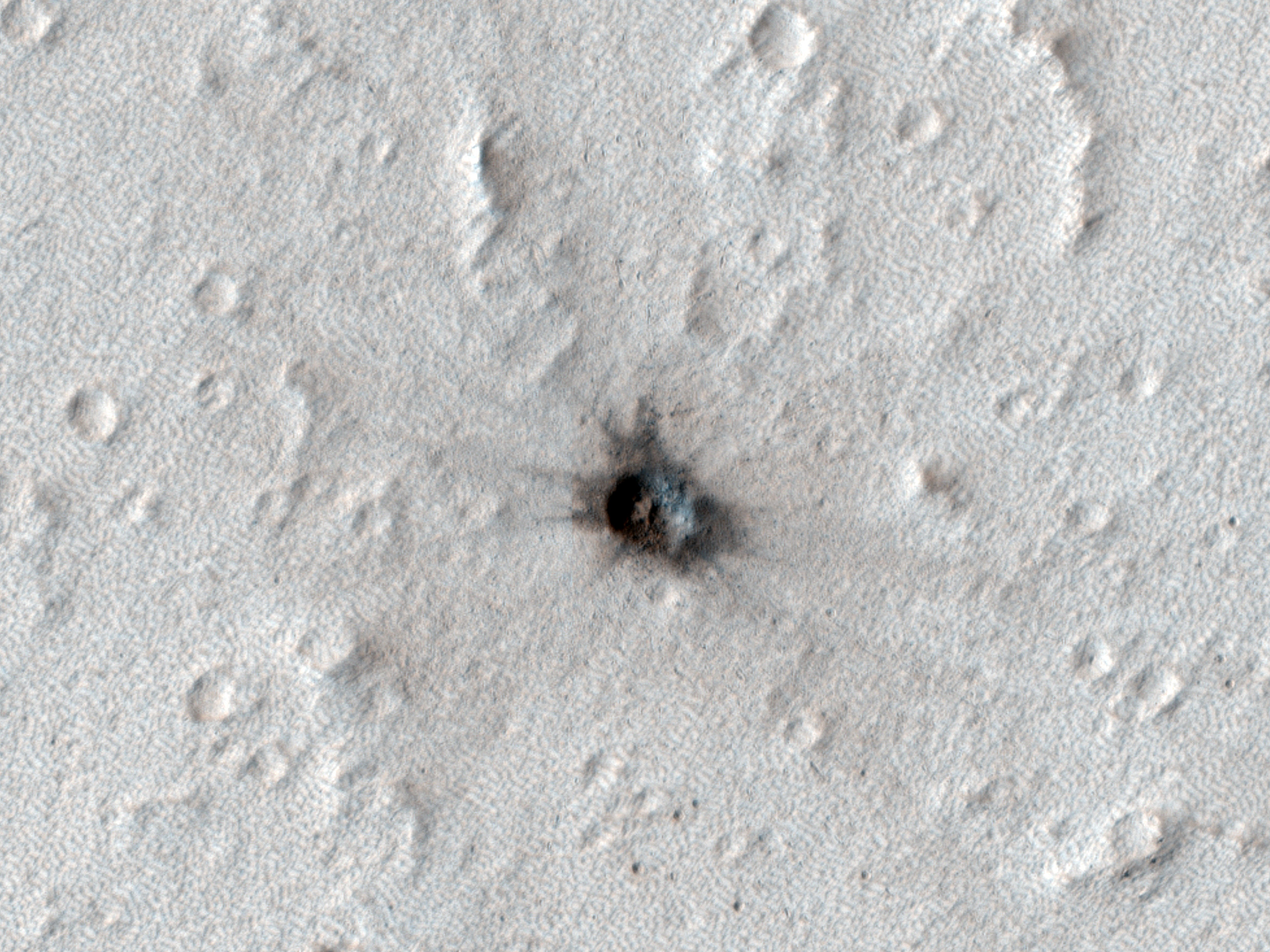 Monitoring an Impact Site
What appeared as a dark spot in a Context Camera image was later confirmed by a HiRISE picture in 2014 to be a new impact crater. It likely formed between March and November 2008. This image, at full resolution, is a repeat to detect any changes that, while small, could be more apparent in enhanced color.