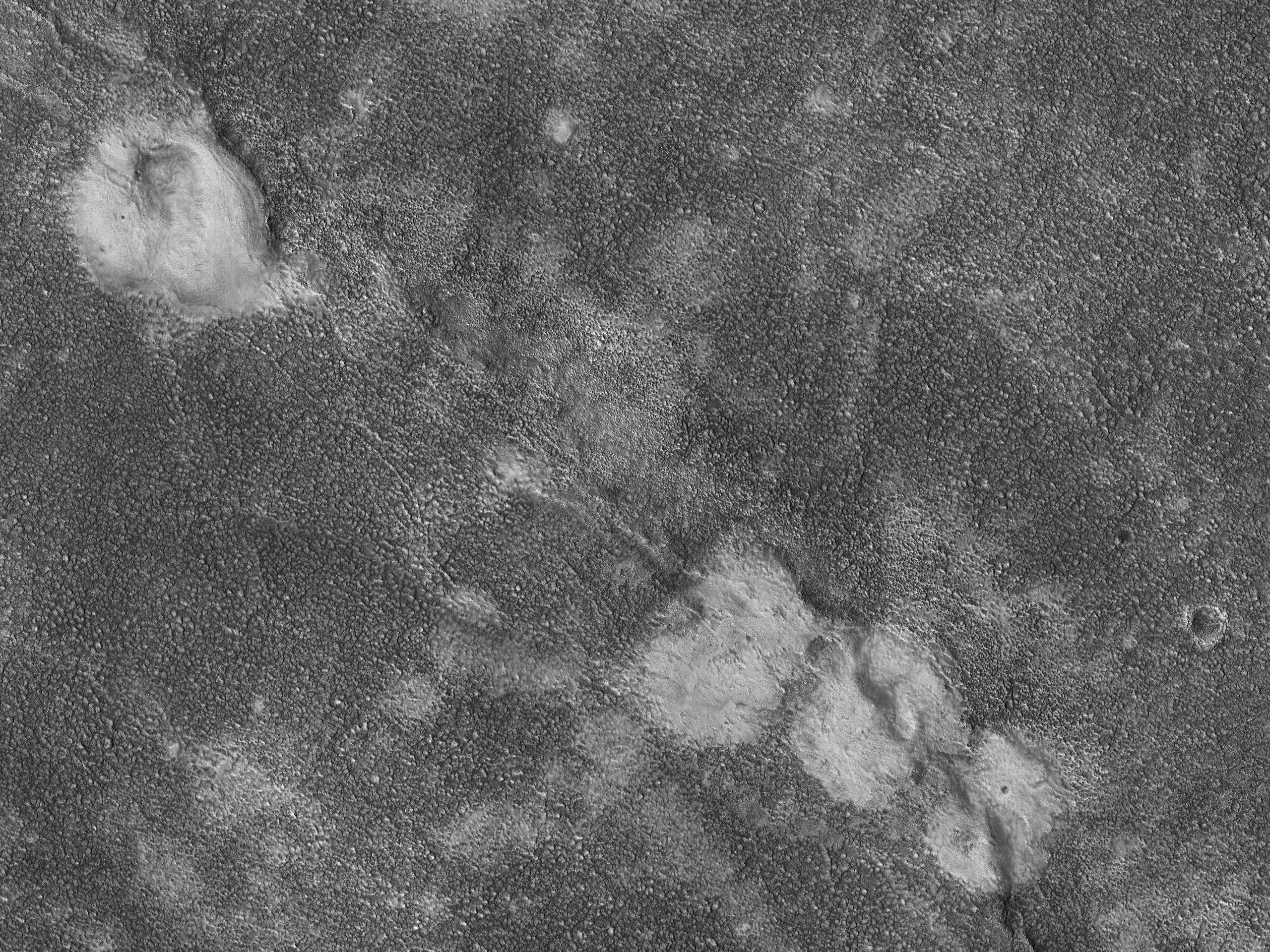 Mounds Cut by a Fissure
This image shows four relatively bright mounds along a linear, curving feature that appears to be a rift zone, where the shallow surface materials have pulled apart. The mounds also appear to be deformed.

A possible geologic interpretation is that as the rift began to open, subsurface material (perhaps mud) erupted to create the mounds, which were then deformed as the rift continued to spread. This region (Chryse Planitia) is a low-elevation basin in which large outflow channels deposited water and sediments billions of years ago.