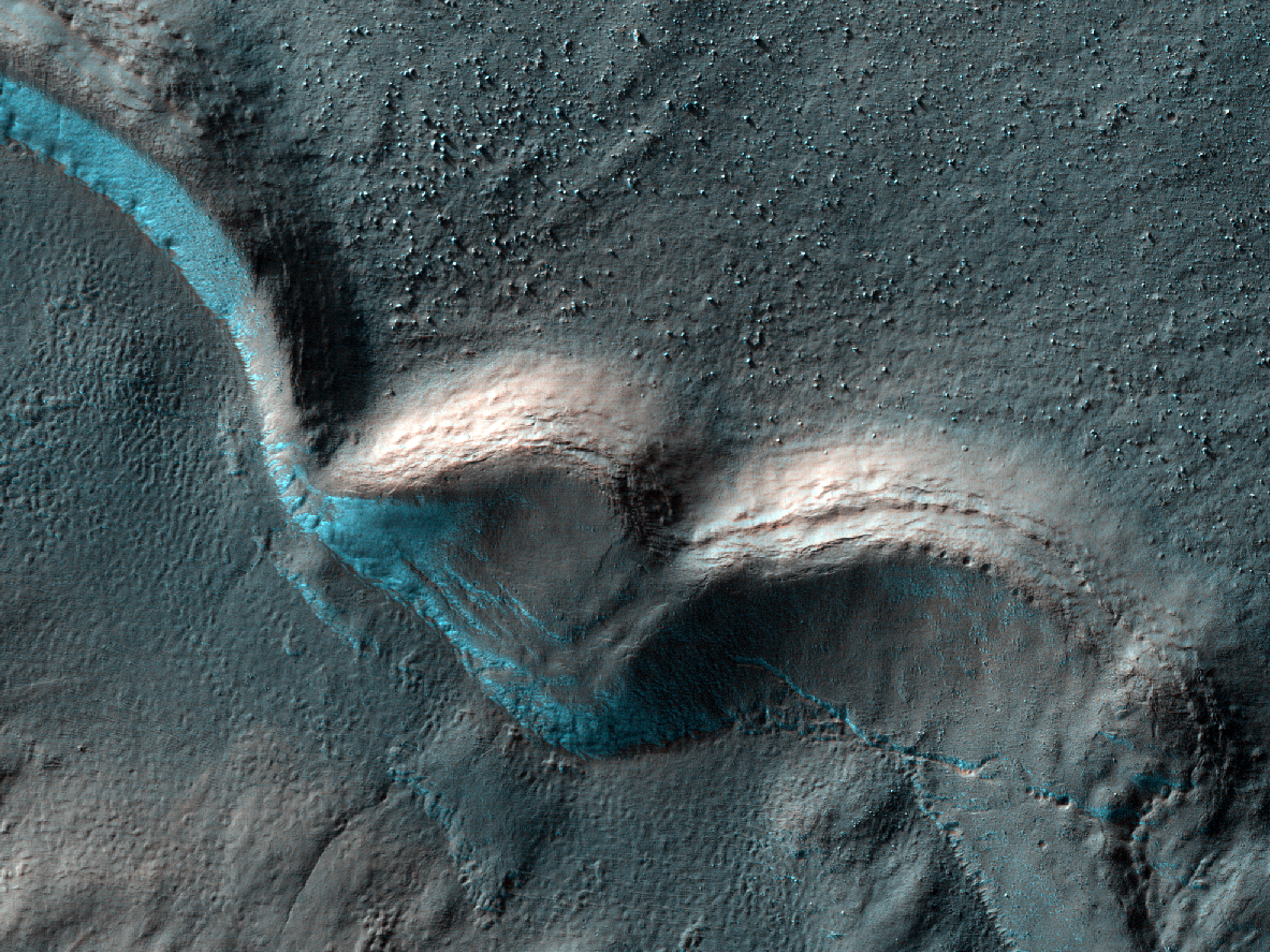 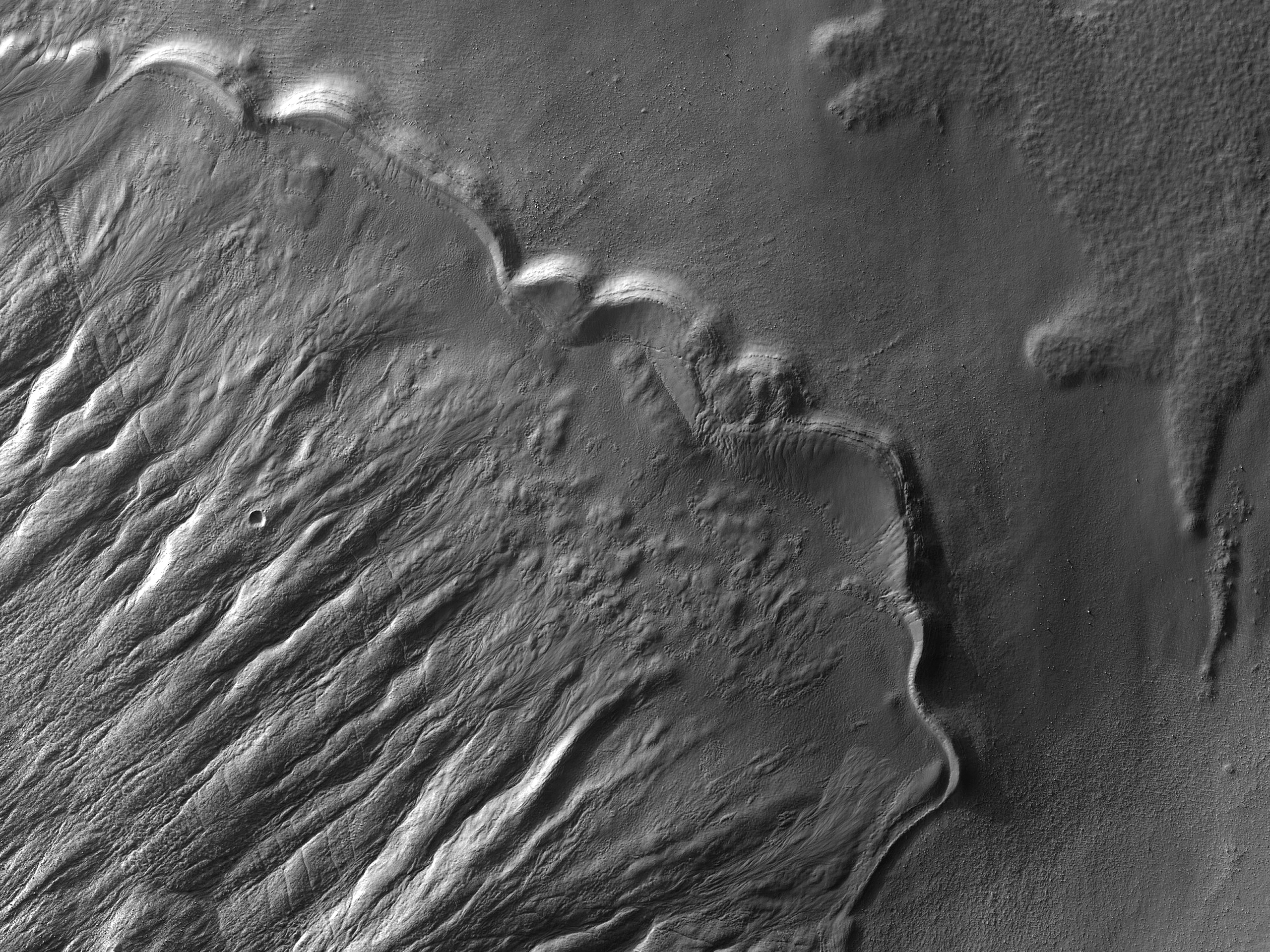 Layered Ridges at the Base of Gullies
The curvy ridges at the base of a gullied slope likely formed by the downslope movement of ice that probably predated the formation of the gullies. The majority of the ice has since sublimated away, though some may be retained in the ridges themselves. Layers within the ridges could indicate multiple episodes of ice deposition and flow.