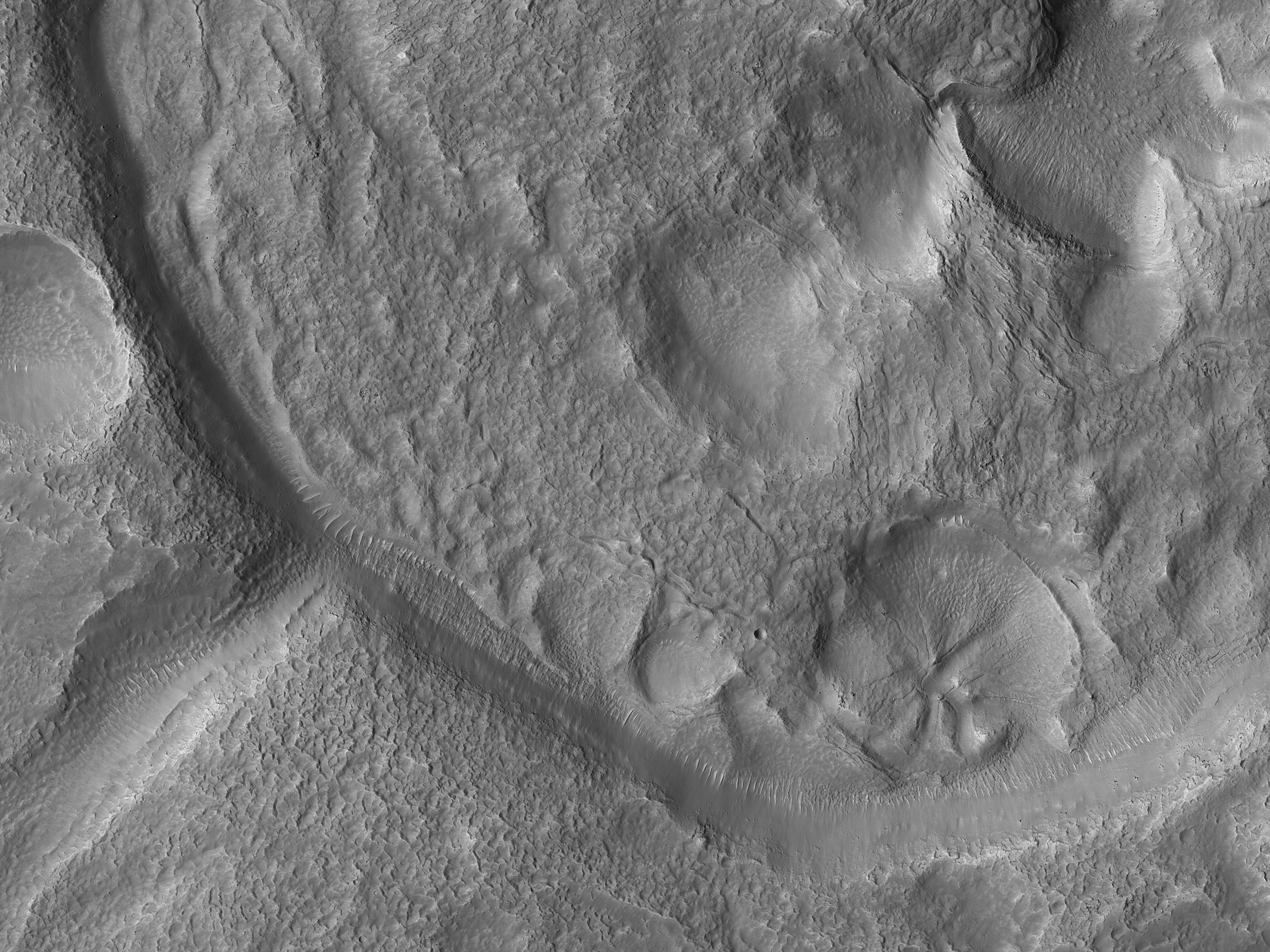 Pollywog Craters on Mars
This crater is approximately 2.3 kilometers across and is located in northern Arabia Terra near where the cratered highlands meets the northern lowlands (called a “dichotomy boundary”). Small craters with an exit channel, such as this one, are nicknamed “pollywog” craters, as they resemble tadpoles.

The channel is consistent with flow *out of* the crater, rather than flow *into* the crater, because 1) the valleys do not cut down to the level of the interior crater floor, and 2) there are no deposits of material on the floor associated with the mouth of the valley.

This small crater was probably once filled with an ice-covered lake that overflowed, forming the exit channel. Young craters with exit channels are intriguing because they record a relatively recent (during the Amazonian epoch) wet environment on Mars.