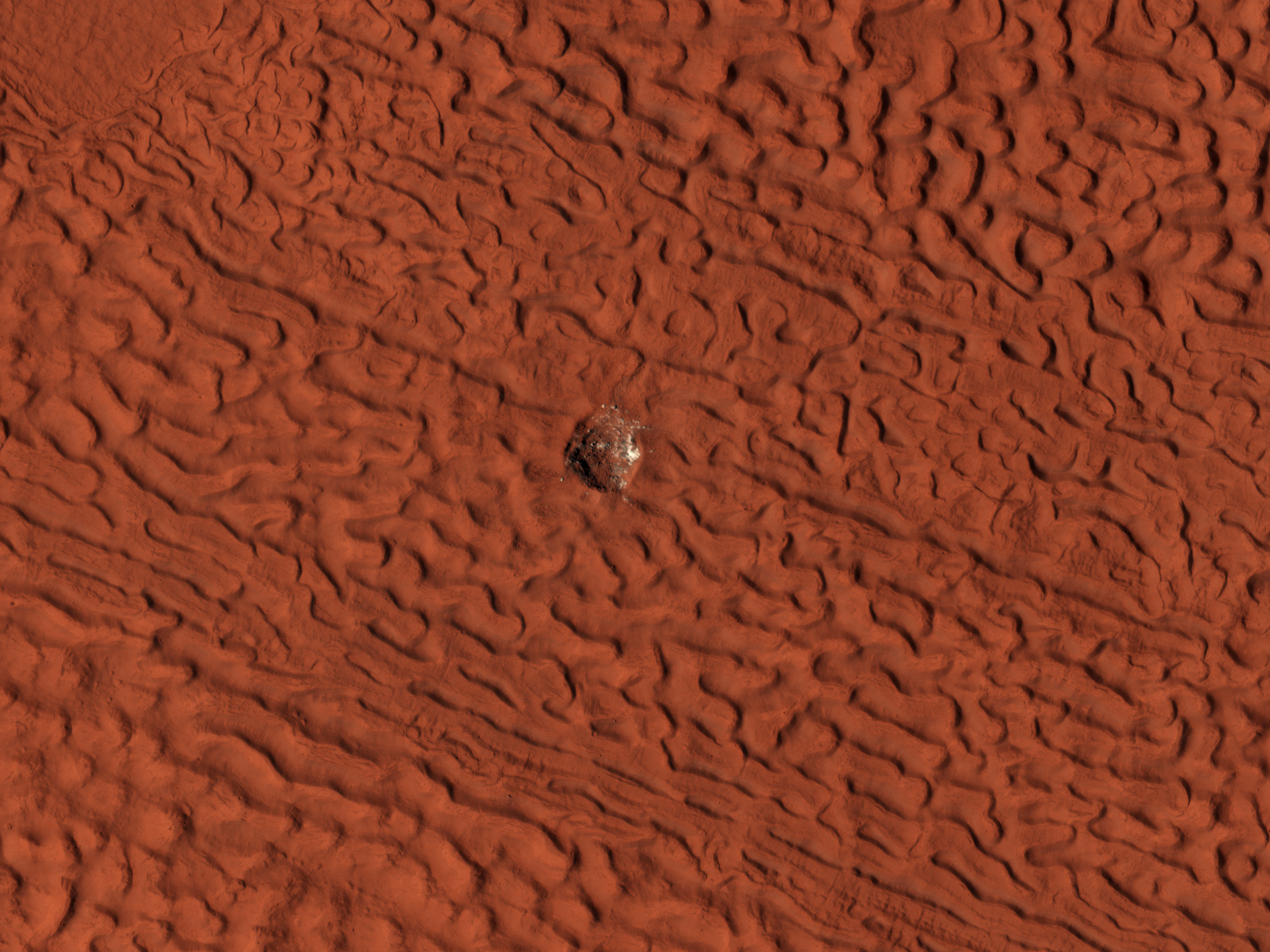 Subliming Ice
This enhanced-color image shows a 45-meter-diameter crater that formed sometime between October 2010 and May 2012 in so-called “brain” terrain on Mars. HiRISE has been monitoring this crater to look for changes in the bright icy material exposed in the crater wall and some of the ejecta blocks.

This material is interpreted as water ice because its extent changes with time, consistent with slow sublimation caused by solar heating. (Sublimation is the process when a solid converts directly into a gaseous state.) By comparing this image with another one (ESP_046707_2220) taken in July 2016, we see that some of the ejecta blocks have vanished since then. It appears that fresh ice has been exposed on the east wall of the crater since 2016, perhaps due to slumping of dirty material. When we apply different color enhancements to these two images, we see that the color of the scene did not actually change much.