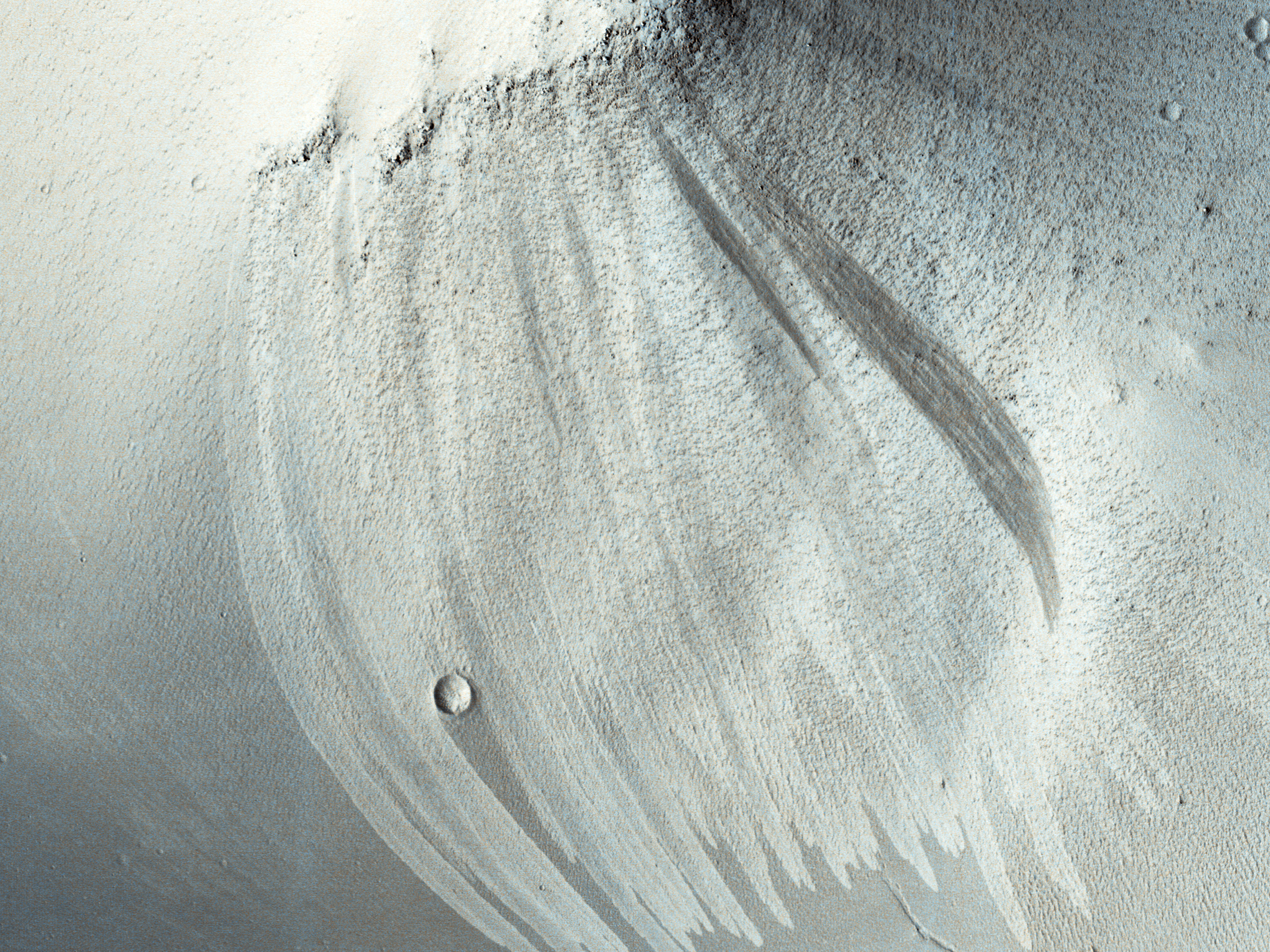 Bright and Dark Slope Streaks
Slope streaks are common in the tropics of Mars. Once thought to be caused by flowing water, most scientists now believe that they are avalanches of dust. They are typically darker than their surroundings and often fan outwards downslope. This suggests that the dust sediment is sticky, so that the avalanche broadens as it flows downhill.

Slope streaks are known to fade over time, but the slope streaks at this monitoring site in Arabia Terra go beyond that. Here, old slope streaks appear to be brighter than the surrounding terrain. A comparison between HiRISE images taken in 2008 and in 2019 shows very few changes in the dark and bright streaks.

We can see three new dark streaks in our more recent image. These were the only changes spotted among the hundreds of streaks observed in the monitoring site, suggesting that new streak formation and fading take place on time scales of at least decades.