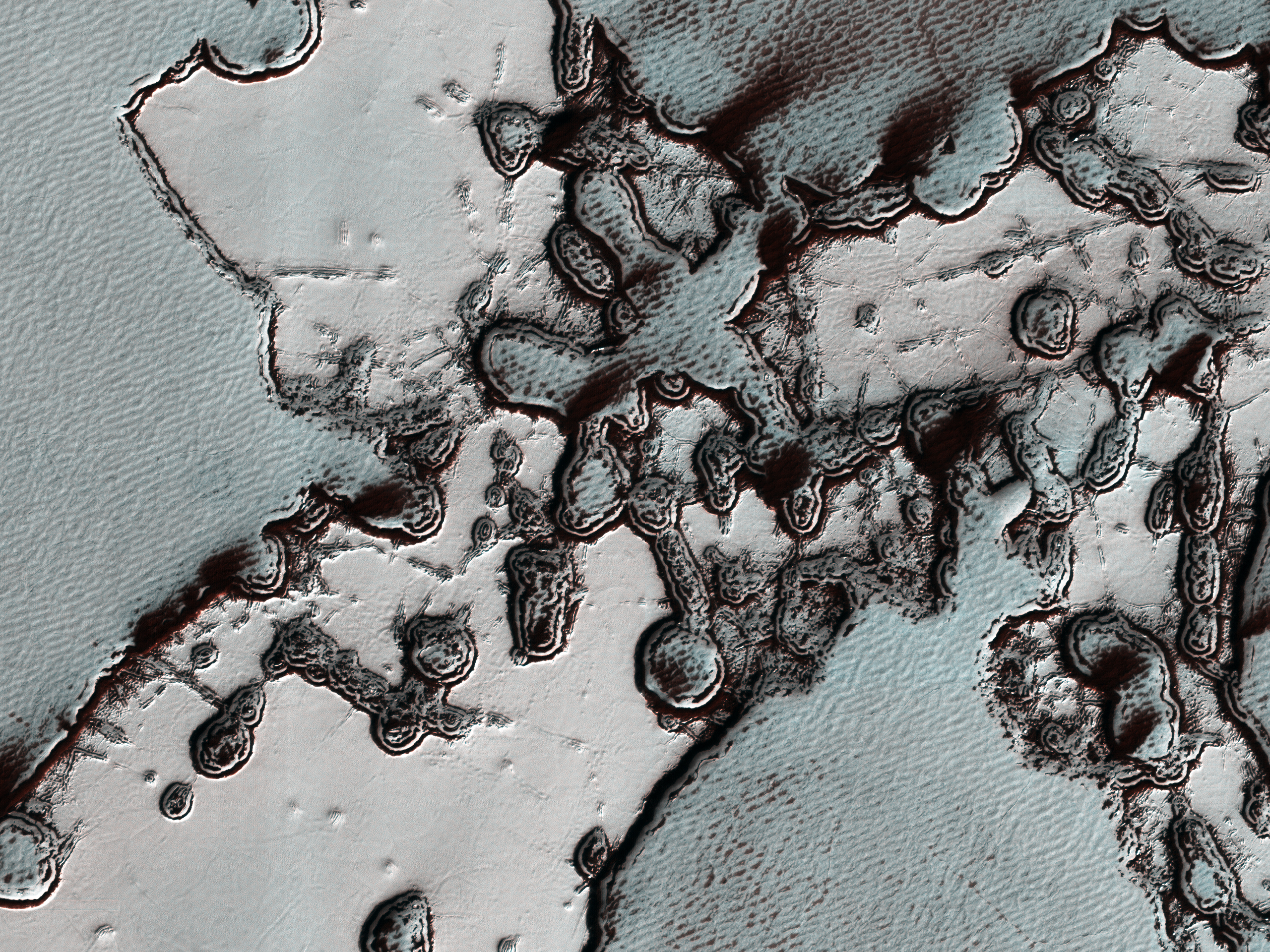 Dramatic Changes over the South Polar Cap
The south polar residual cap of carbon dioxide ice rapidly changes. This image was planned as an almost exact match to the illumination and viewing angles of a previous one we took in August 2009.

The pits have all expanded and merged, and we can just barely see the patterns in the 2009 image compared to this January 2019 picture. The 2009 image is also brighter and bluer, with more seasonal frost and/or less dust over the surface. These images were both taken in late southern summer, but our 2019 picture is slightly later in the Martian season by about two weeks.

This gap allowed for additional loss of frost that might make the surface darker, but there are also year-to-year changes. In particular, there was a near-global dust storm in the summer of 2018 and late southern spring on Mars, and extra deposits of dust would have warmed the surface and promoted even more disappearance of the frost.