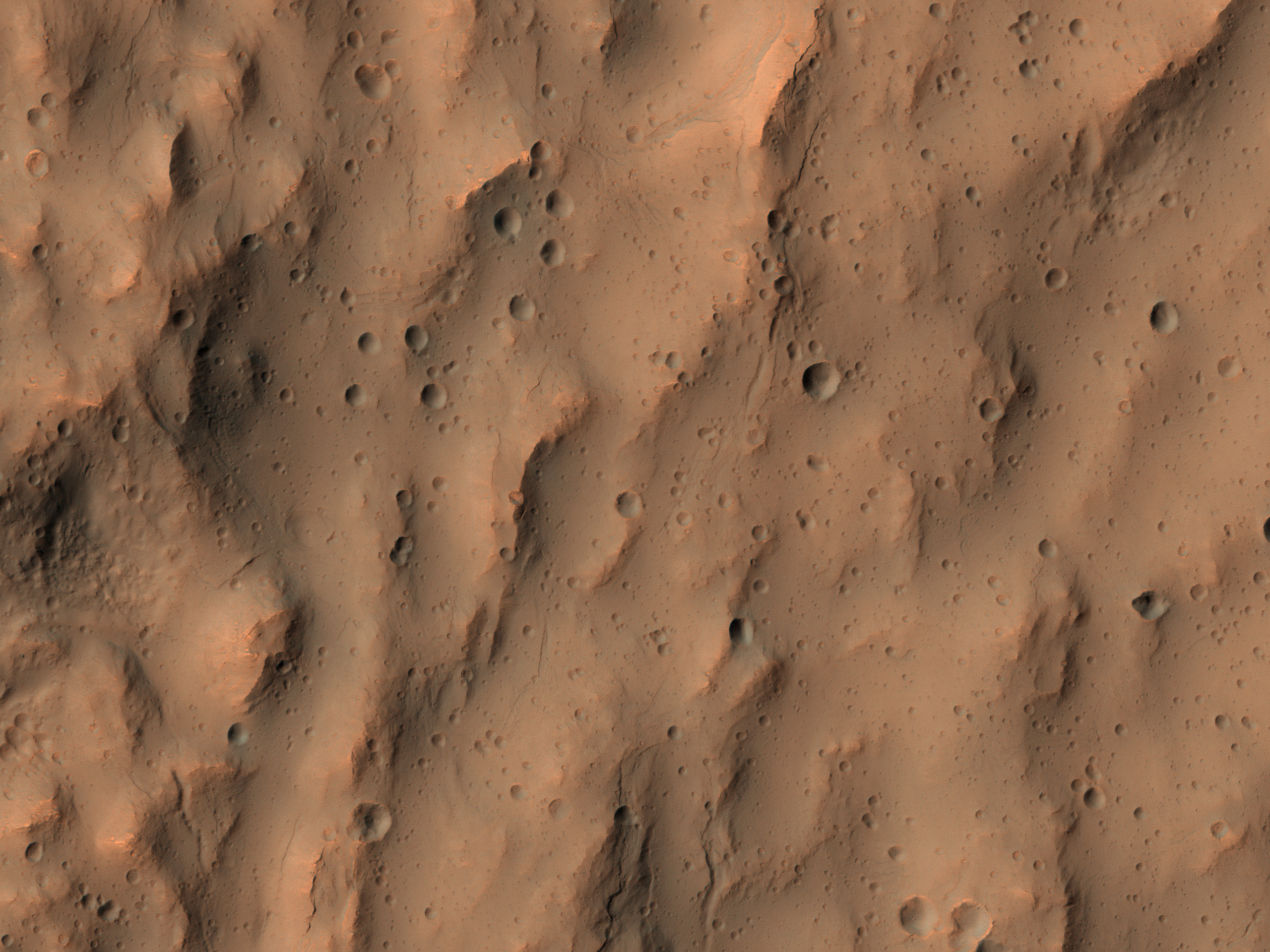 Secondary Craters
This image of a southern mid-latitude crater was intended to investigate the lineated material on the crater floor. At the higher resolution of HiRISE, the image reveals a landscape peppered by small impact craters.

These craters range from about 30 meters in diameter down to the resolution limit (about 2 meter diameter in this image acquired by averaging 2 by 2 picture elements). Such dense clusters of small craters are frequently formed by secondary craters, caused by the impact of material that was excavated and ejected from the surface of Mars during the creation of a larger nearby crater by the impact of a comet or an asteroid.

Secondary impact craters are both interesting and vexing. They are interesting because they show the trajectories of the material that was ejected from the primary impact with the greatest speeds, typically material from near the surface of the blast zone. Secondary craters are often found along the traces of crater rays, linear features that extend radially from fresh impact craters and can reach many crater diameters in length. Secondary craters can be useful when crater rays are visible and the small craters can be associated with a particular primary impact crater. They can be used to constrain the age of the surface where they fell, since the surface must be older than the impact event. The age of the crater can be approximately estimated from the probability of an impact that produced a crater of such a size within a given area of Mars over a given time period.

It is necessary to distinguish secondary craters from the primary impacts that we rely upon to estimate the ages of Martian surfaces. The large number of small craters clustered together here is typical of crater rays elsewhere on Mars and suggests that these are indeed, secondary impact craters.