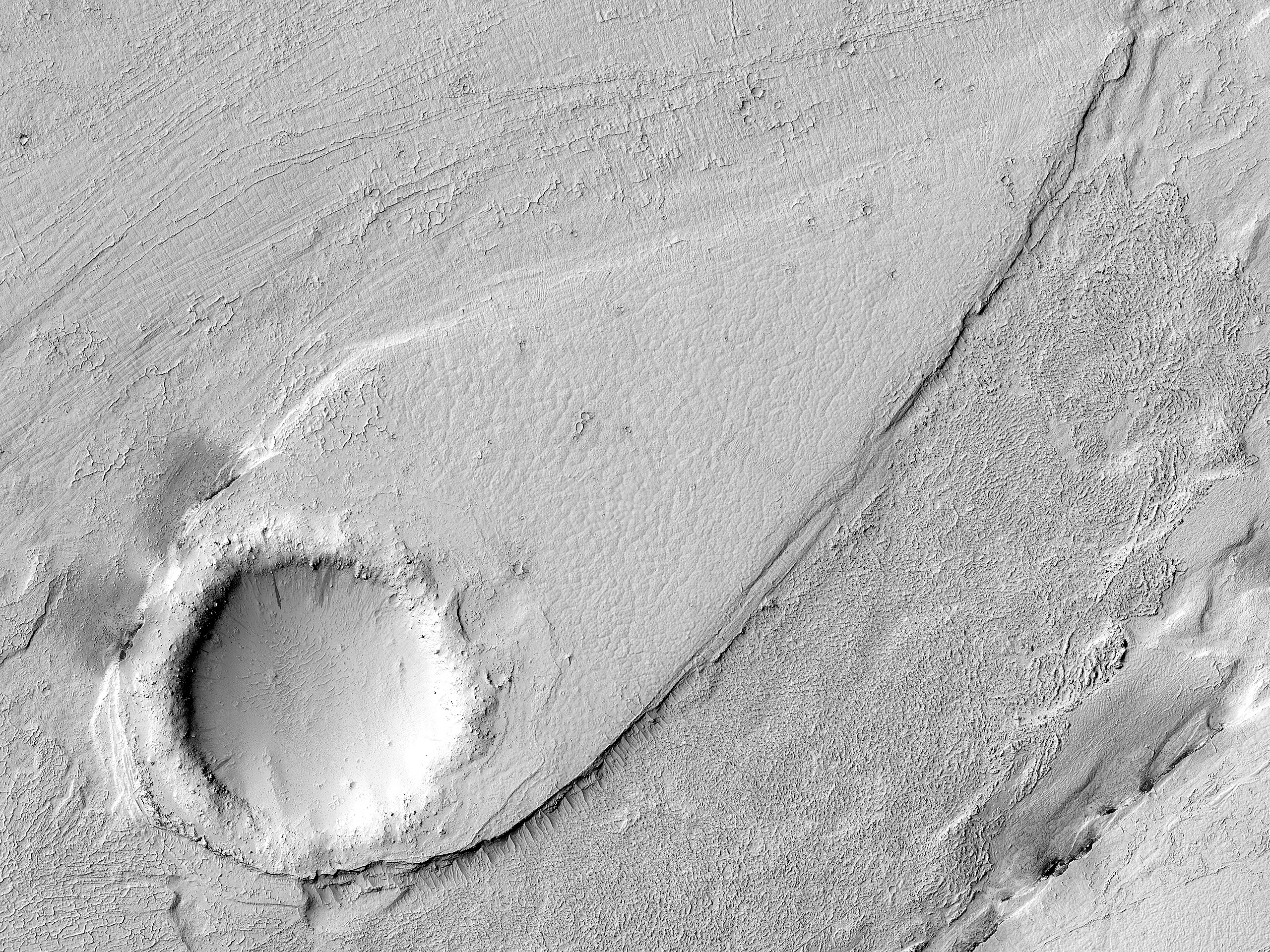 A Streamlined Form in Lethe Vallis
This image shows a portion of Lethe Vallis, an outflow channel that also transported lava. Another investigation of this area (Balme et al., 2011) discovered a repeat pattern of dune-like forms in the channel interpreted as fluvial dunes (or, giant current ripples) which are dunes formed by flowing water.

This is one of only a few places on Mars where these pristine-appearing landforms have been identified. The channel formed by catastrophic floods, during which it produced the prominent crater-cored, teardroped-shaped island in the middle. The island has the blunter end pointing upstream and the long tail pointing downstream.

Both the island and the fluvial dunes were formed by these extreme floods and their size is an indicator of the enormous discharges required to create them. The margins of the channel also show the terminal front of a pristine lava flow unit that inundated the channel from the south and the dunes show the remnants of another older lava flow. The top of the island displays polygonal patterned ground texture, which is a characteristic of periglacial processes in ice-rich ground.

The dark materials from the channel and island walls are probably dark sand being eroded from an underlying horizontal basaltic (lava) layer. The crater at the core of the island has elongated dunes and reticulate dust ridges inside. This single image thus contains features formed by periglacial, volcanic, fluvial, impact, aeolian and mass wasting processes, all in one place.