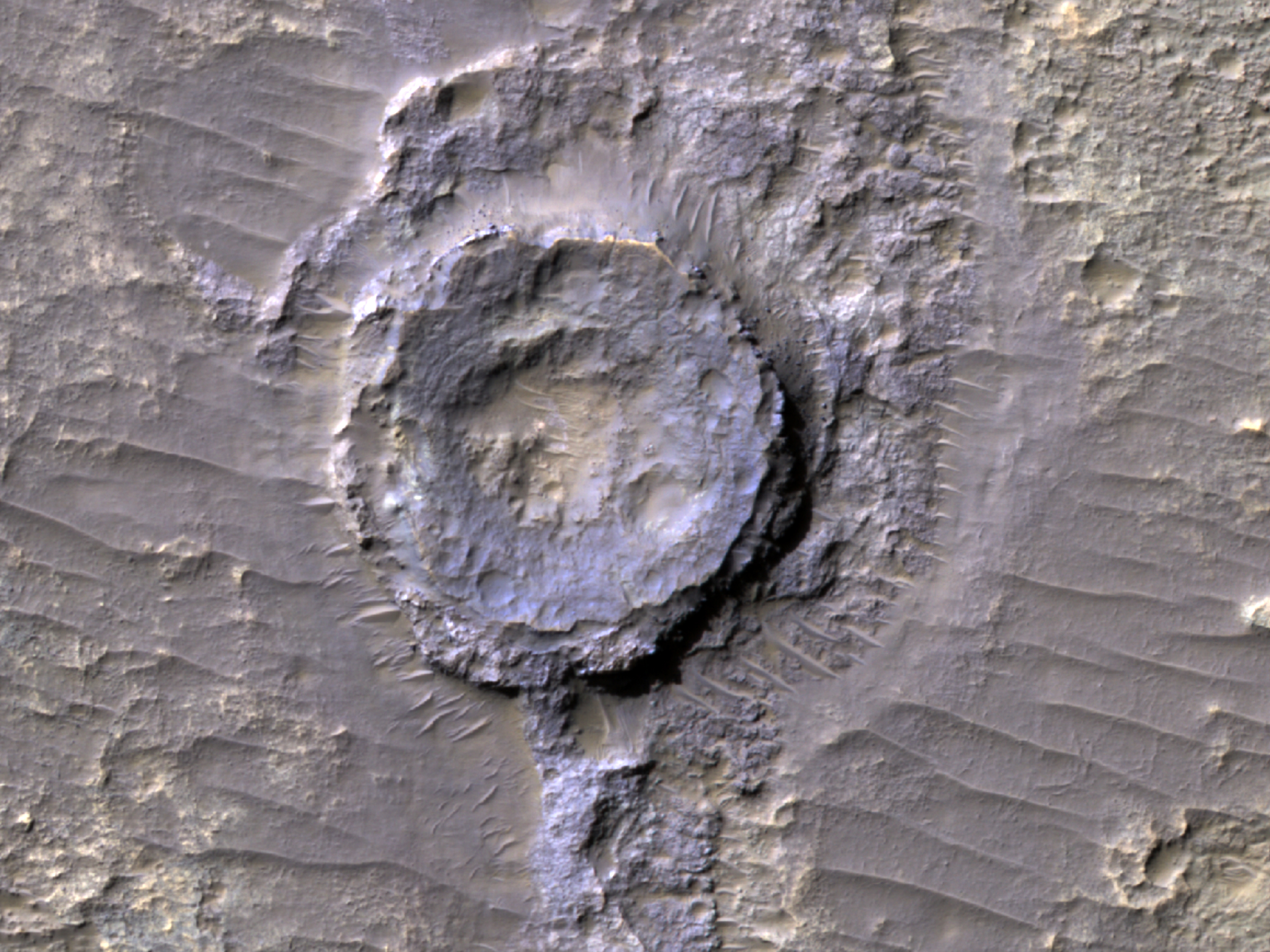 An Inverted Crater
There is a circular feature in this observation that appears to stand above the surrounding terrain. This feature is probably an inverted crater: a once-normal appearing impact crater that was filled in with sediment. The fill became indurated, or hardened, until it was more resistant to subsequent erosion than the surrounding material.

Other craters in this image are not inverted or substantially infilled. This suggests that they were formed after the events that filled in and later exposed the inverted crater.