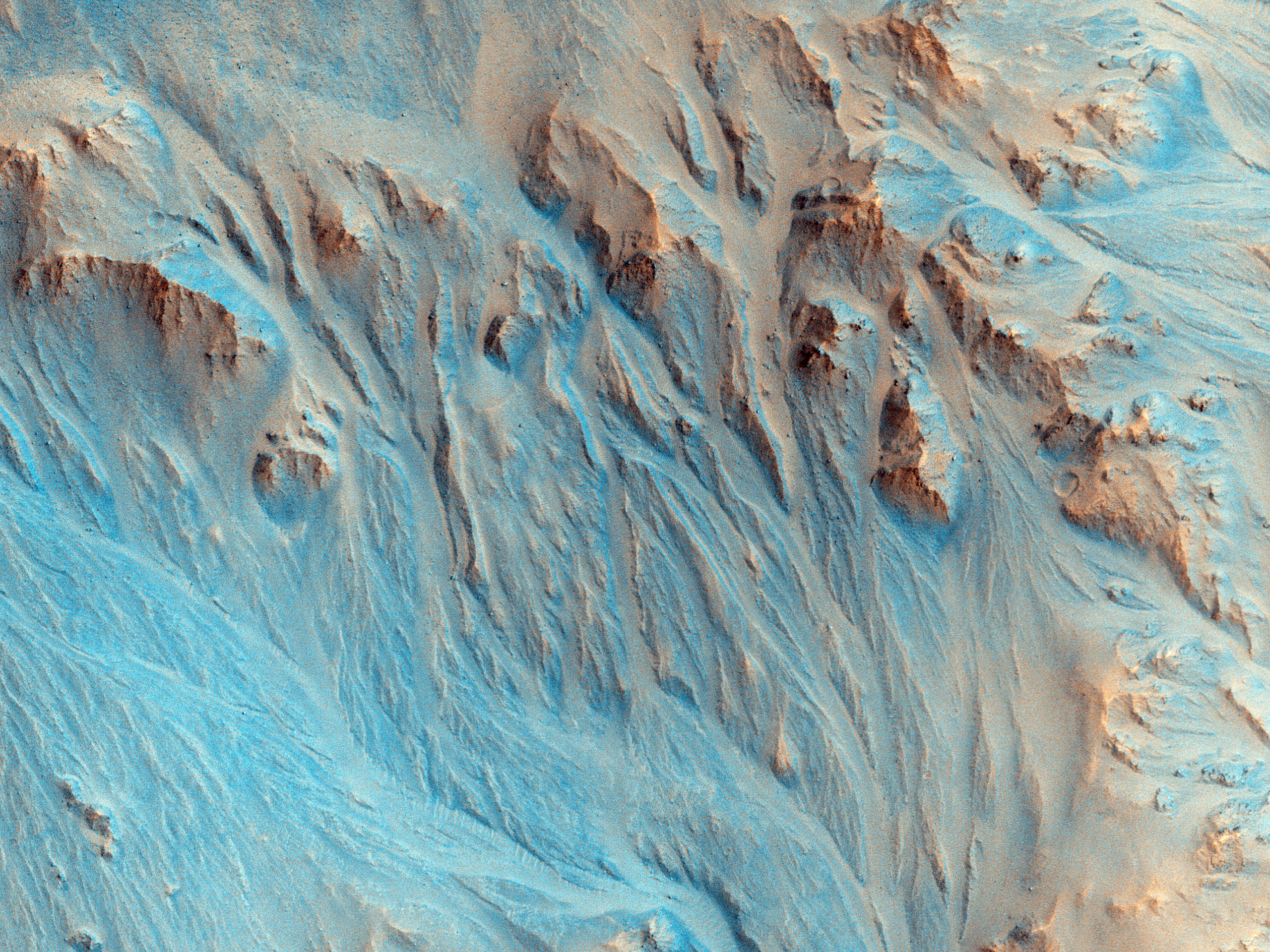 Alluvial Fans in Mojave Crater
Stereo data from an anaglyph (or 3D) image shows that the landscape in this observation is pervasively eroded, right up to the tops of the ridges, with channels extending down into depositional fans much like alluvial fans in the Mojave Desert.

This can be explained by something like rainfall, but this crater is geologically young, only a few hundred million years old, when Mars’ atmosphere was thought to be too depleted to support rainfall. From the surrounding region we can see that only the Mojave ejecta is eroded, not adjacent landscapes. This suggests that the ejecta landed wet and itself initiated the erosion, rather than rainfall from clouds.

Subsurface ice may have melted and mixed with the crater ejecta, which fell as a wet slurry of debris. But that’s just my favorite theory—other geologists favor different interpretations.