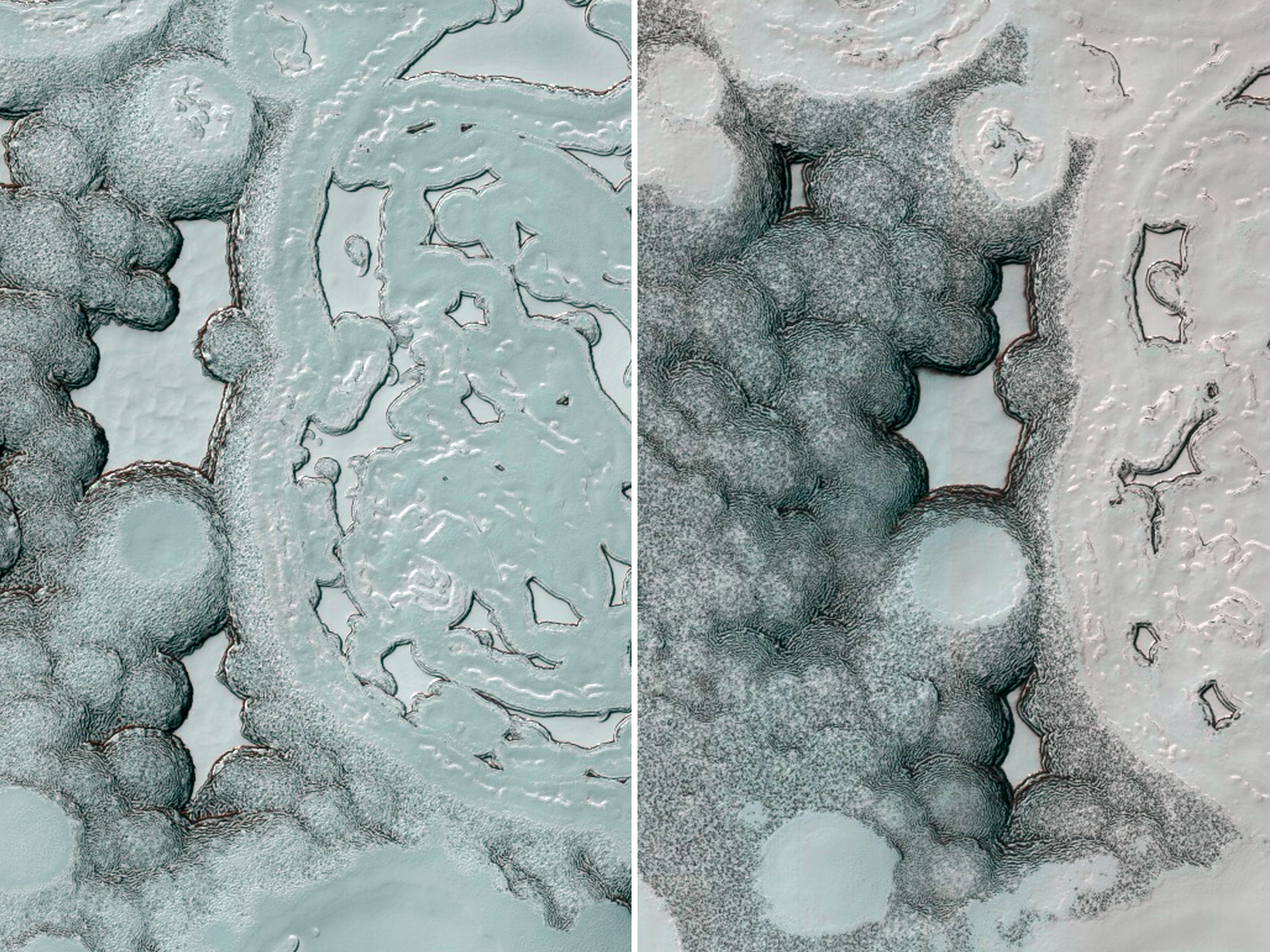 Honey, I Shrunk the Mesas
The South Polar residual cap (the part that lasts through the summer) is composed of carbon dioxide ice. Although the cap survives each warm summer season, it is constantly changing its shape due to sublimation of carbon dioxide from steep slopes and deposition onto flat areas.

This observation was acquired on 23 March 2015, in the summer of Mars Year 32. The same area was imaged in another observation on 28 August 2007, (PSP_005095_0935) in the summer of Mars Year 28. You can barely recognize that this is the same area! The high-standing mesas have shrunk to about half of their size in 2007, but the low areas between mesas have filled in with new carbon dioxide material.