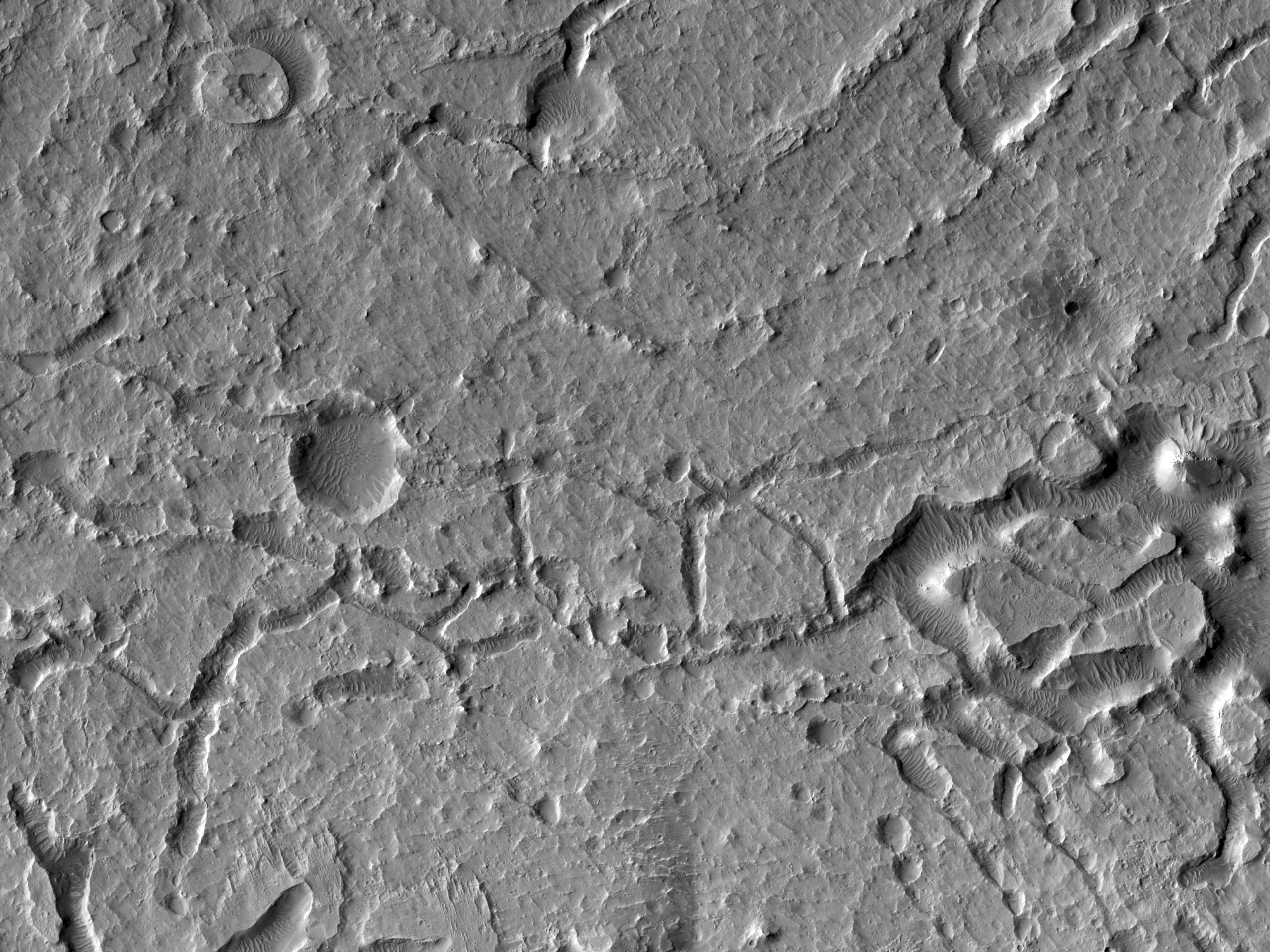 A Collection of Landforms in Eastern Elysium Planitia
This image shows a great deal of geologic diversity in a rather small area.

In the northern section of the image, we see flat terrain that is probably an ancient lava field. This field runs up against a mesa, with slopes that show several dark streaks, possibly freshly disturbed material that is darker than the surrounding area and hasn’t had time to fade. These dust avalanches are common in dust-covered regions on Mars.

Further south, we see a line of pits and also fretted terrain, before we come across a network of channels and depressions that dominate the southern portion of the observation.