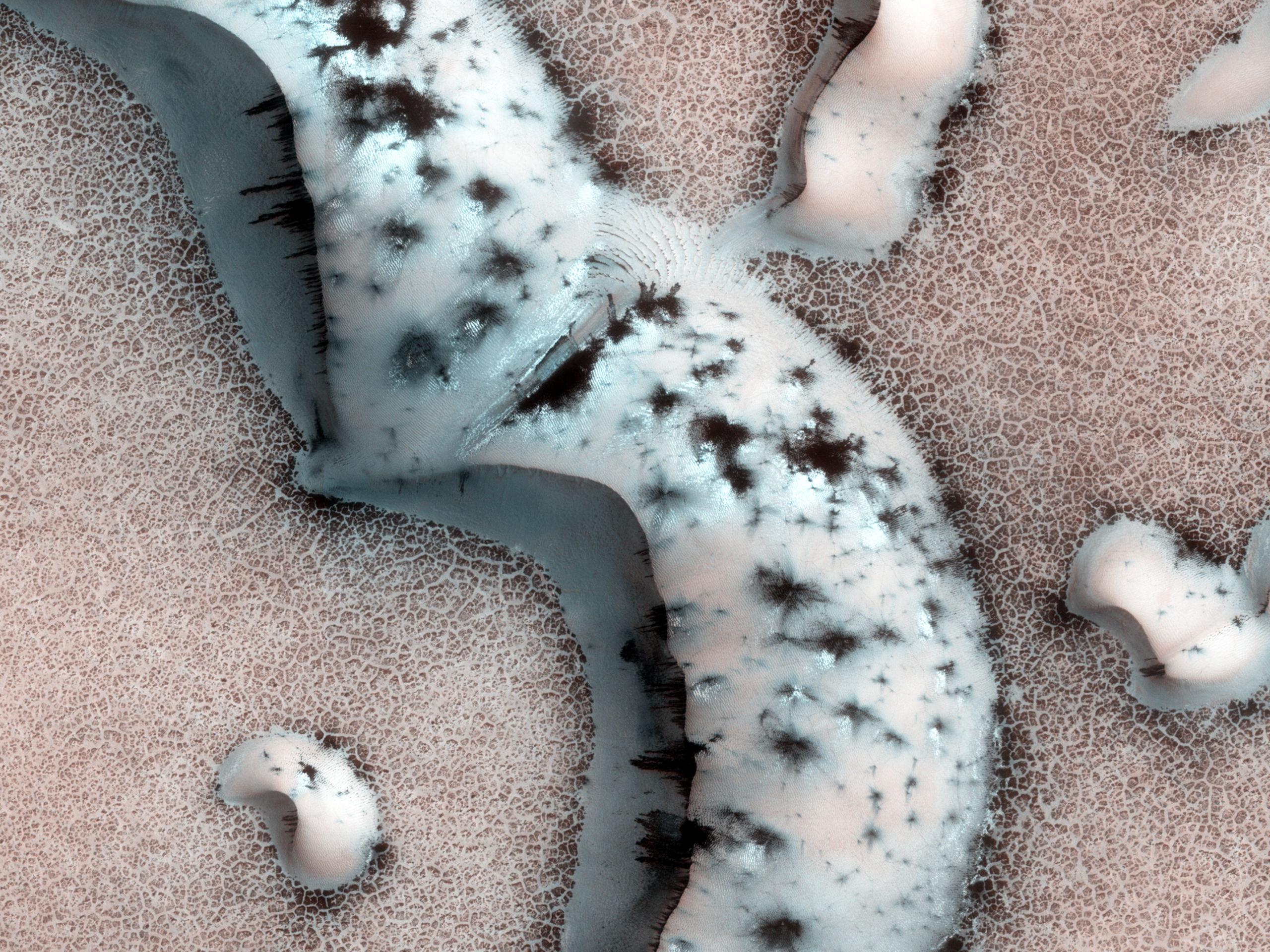 Shapes and Spots on a Polar Sand Dune
This image shows numerous dark shapes and bright spots on a sand dune in the northern polar regions of Mars.

The bright spots are carbon dioxide frost. On Mars, the main atmospheric component is carbon dioxide, which circulates seasonally between the atmosphere and the polar regions. One of the reasons that permit this process is the fact that temperatures on Mars are much colder than on Earth, which allows carbon dioxide frost to condense on the surface in winter.

When spring comes however, the surface heats up and the carbon dioxide frost eventually sublimates (turns directly from the solid to the vapor state), and forms jets of carbon dioxide mixed with dust, leading to the formation of the dark features we see in the image.

Such processes occur seasonally on Mars, and therefore are continuously being monitored by the HiRISE scientists to assess the differences from one year to the next.