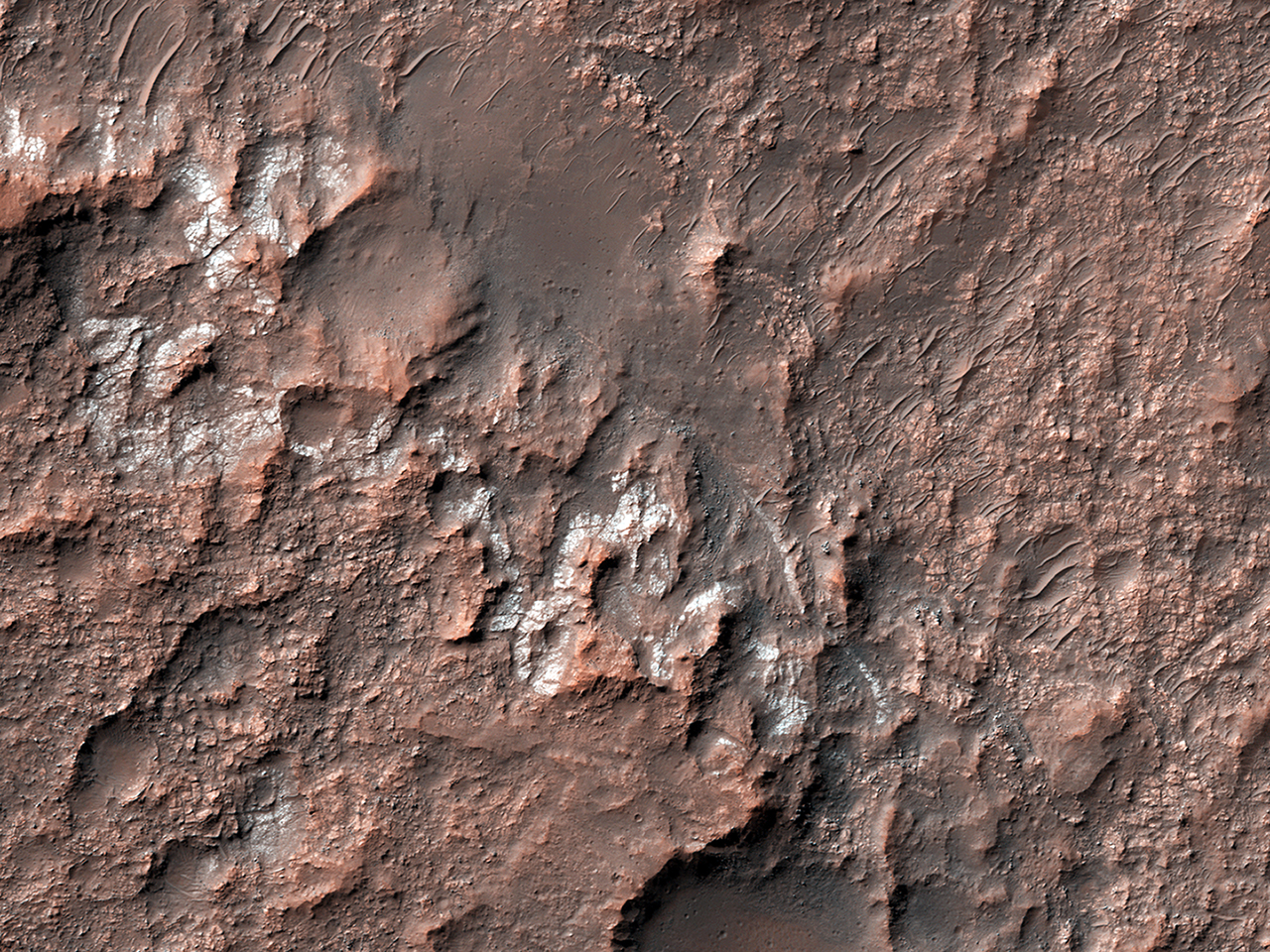 Looking for Salts on Mars
Why are scientists interested in areas that contain salts on Mars? Simply put, salts usually form by evaporation of liquid water. Most salts can easily dissolve in water, and if that water evaporates away completely, the salt is left behind as a deposit or residue. The larger the amount of salts initially dissolved, the larger the salt deposit left behind when the water evaporates. So when scientists look for regions on Mars that have noticeable salt deposits, they are effectively looking for areas that may have contained liquid water in the past.

A few years ago, a group of scientists found more than 600 locations on Mars that may contain chloride salts, which could be very similar to common table salt. Since then, scientists have been using the HiRISE camera to look at these locations more closely and they have found out that many of these locations are very similar to dried lakes on Earth, which are sometimes called “playas” or “salt pans.” Many such playas can be visited in California and Arizona such as the Racetrack playa and the Death Valley National Park.

In this image, the chlorides have a bright appearance and are covered by other dark materials. Interestingly, the bright deposits also display cracks that form polygonal patterns very similar to common mud cracks, which may be another indication that these deposits formed when salty waters evaporated away. Studying these regions in detail can help scientists understand when and how the weather conditions on Mars may have changed.