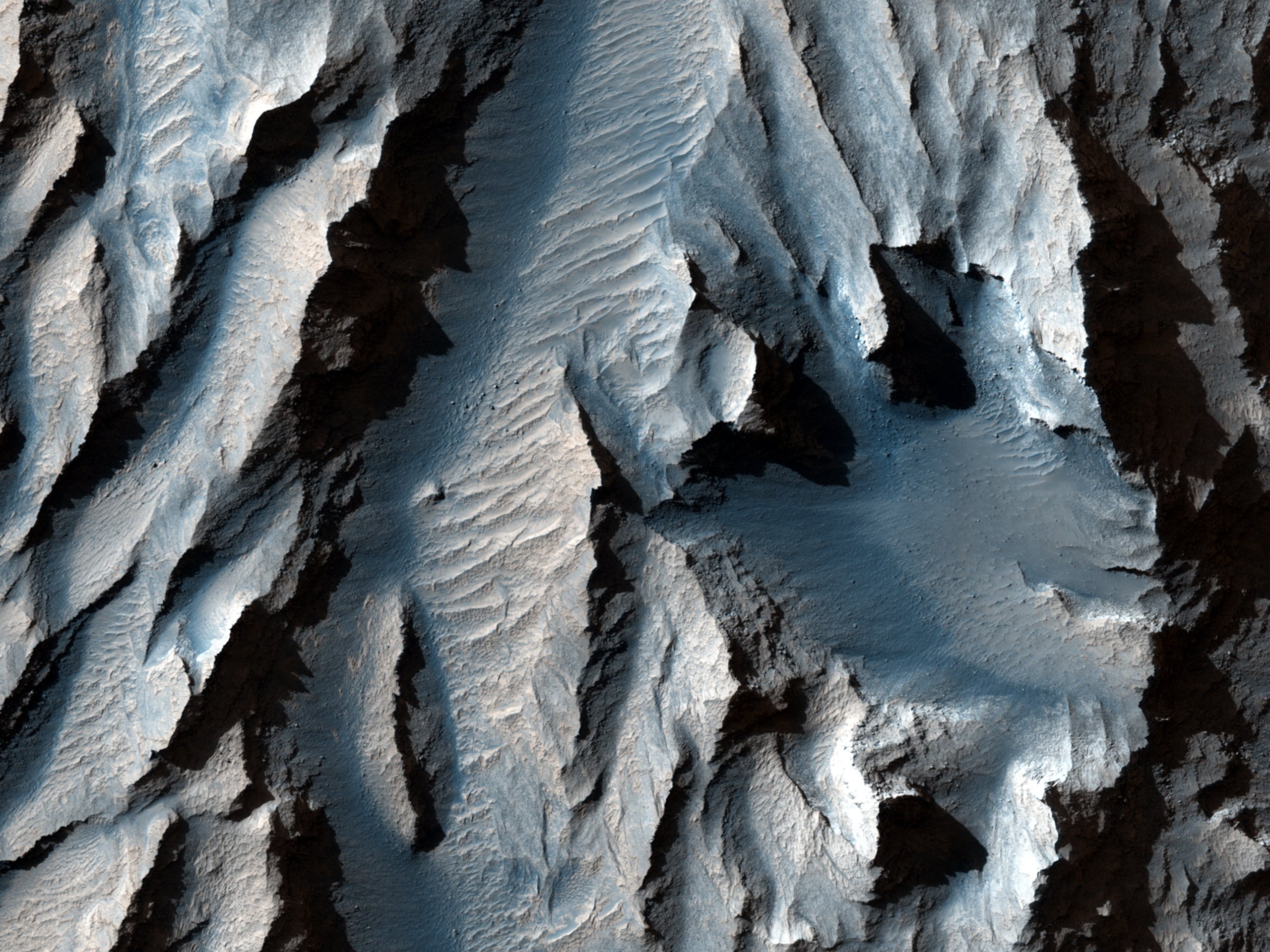 The Obliquity of Mars (Periodic Bedding in Tithonium Chasma)
Earth’s seasons are caused by the tilt of our planet’s rotational axis to the orbital plane or obliquity. Mars’ obliquity is currently about 25 degrees, which is not much different from Earth's 23 degrees. However, numerical calculations by scientists at the Paris Observatory and Massachusetts Institute of Technology suggest that this near-agreement is a coincidence.

Under the influence of gravitational torques from other planets, Mars’ obliquity varies chaotically, probably reaching values greater than 60 degrees and lower than 10 degrees. By contrast, Earth’s obliquity appears to have been limited to small variations from its current value because of the stabilizing gravitational influence of the Moon. If the calculations are correct, then for most of the Solar System’s history, the obliquity of Mars was greater than 25 degrees. This would produce warmer summers and colder winters than on present-day Mars. On Earth, a recent 1 degree rise in obliquity is believed to have triggered ice sheet retreat from the current location of New York City to Greenland. The climatic consequences of 50 degree changes in obliquity on Mars remain unknown.

It is possible, though unproven, that higher obliquity triggered partial melting of some of Mars’ water ice. Our best chance at understanding this is to find piles of ice, dust, silt or sand that accumulated over many cycles of obliquity change. Chemical, mineralogical and isotopic variations within those piles could then offer clues to about past climate changes. On Mars, sediment layers of near-uniform thickness visible from orbit are a fingerprint of deposits that record many cycles of obliquity change.

This HiRISE image of an east-facing slope in Tithonium Chasma was taken to follow up an earlier Context Camera image that seemed to show sediment layers of near-uniform thickness. These sediment layers are the dark and light stripes that run diagonally across the center of the observation. In this top-down view, afternoon sunlight picks out subtle east-west trending ridges in the east-facing slope. The dark and light stripes appear to deflect to the east (downslope) across the ridges. To a geologist, this outcrop pattern shows that the dip of the ancient sediment layers is gentler than the slope of the modern hillside. Further analysis of the image may determine whether these layers do record ancient obliquity-driven climate change on Mars.