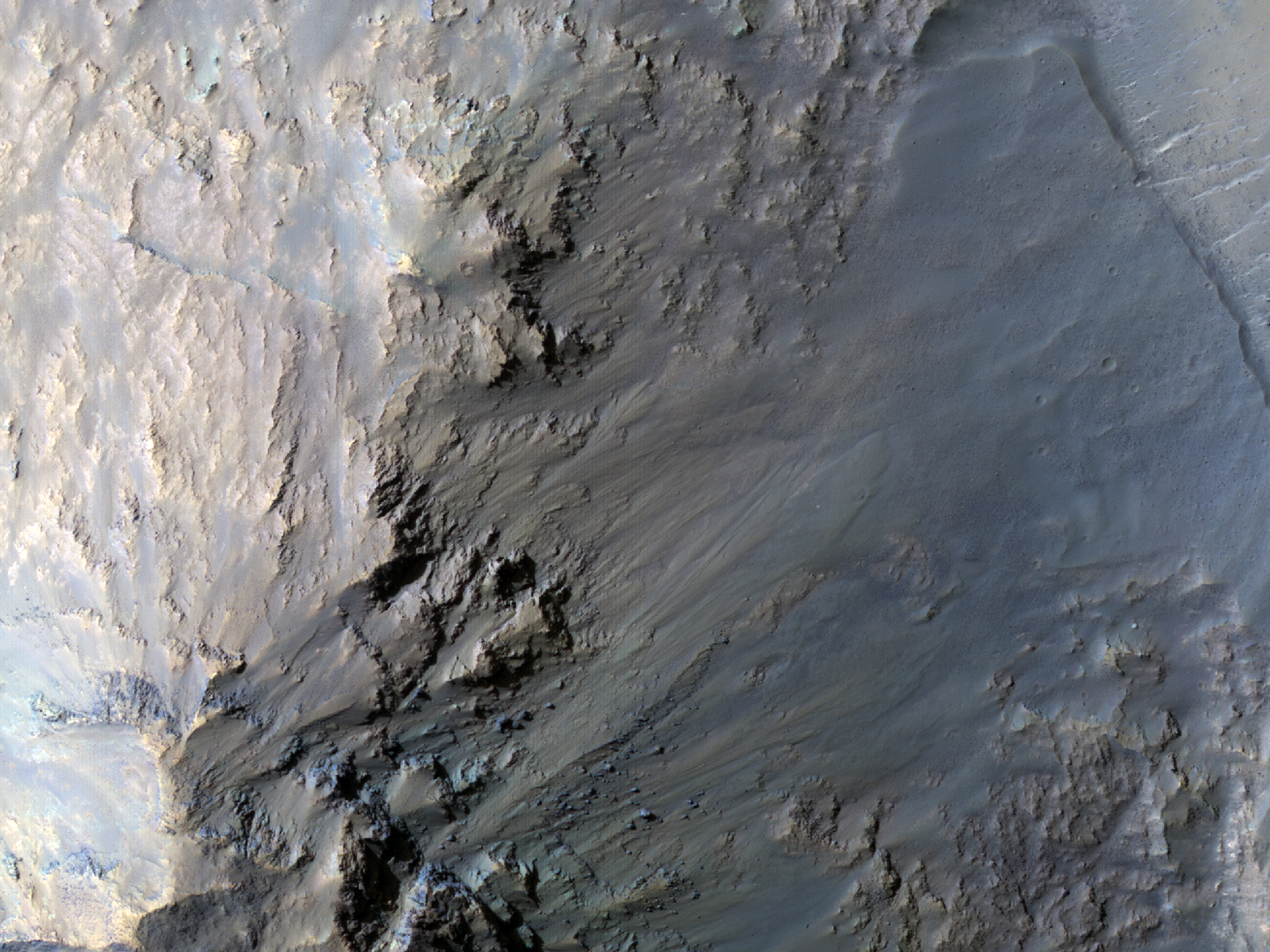 Possible Opaline Silica in the Central Uplift of Elorza Crater
Elorza Crater is an approximately 40-kilometer diameter complex crater located at 304.8 degrees east, 8.76 degrees north, about 300 kilometers north of Coprates Chasma. This image centers on the southwestern portion of the central uplift, and is characterized by numerous bedrock exposures and coherent impact melt flows.

The distinguishing feature of this central uplift is the various types of bedrock that are observable at the surface. This image shows uplifted massive fractured bedrock that is visible directly adjacent to dark-toned flow materials, which are interpreted to be impact melt flows.

At full resolution, it is possible to distinguish the stratigraphic relationship between these two units; the impact melt appears to be eroding up the slope, exposing the underlying bedrock. Examining an image from the Compact Reconnaissance Imaging Spectrometer for Mars (or CRISM, another instrument on MRO), a spectral signature can be observed that strongly correlates with this exposed bedrock, which is consistent with opaline silica.

Directly northwest of this feature is uplifted bedrock with distinct intact layering, a common feature visible in central uplifts of impact craters near Valles Marineris. Understanding where each bedrock unit originated, and how it was subsequently exposed during the impact process, is a complex problem that relies upon synthesizing several remote sensing data sets available for Mars.

Refer to the caption for ESP_021551_1710 for an image covering almost the full width of Elorza’s central uplift.