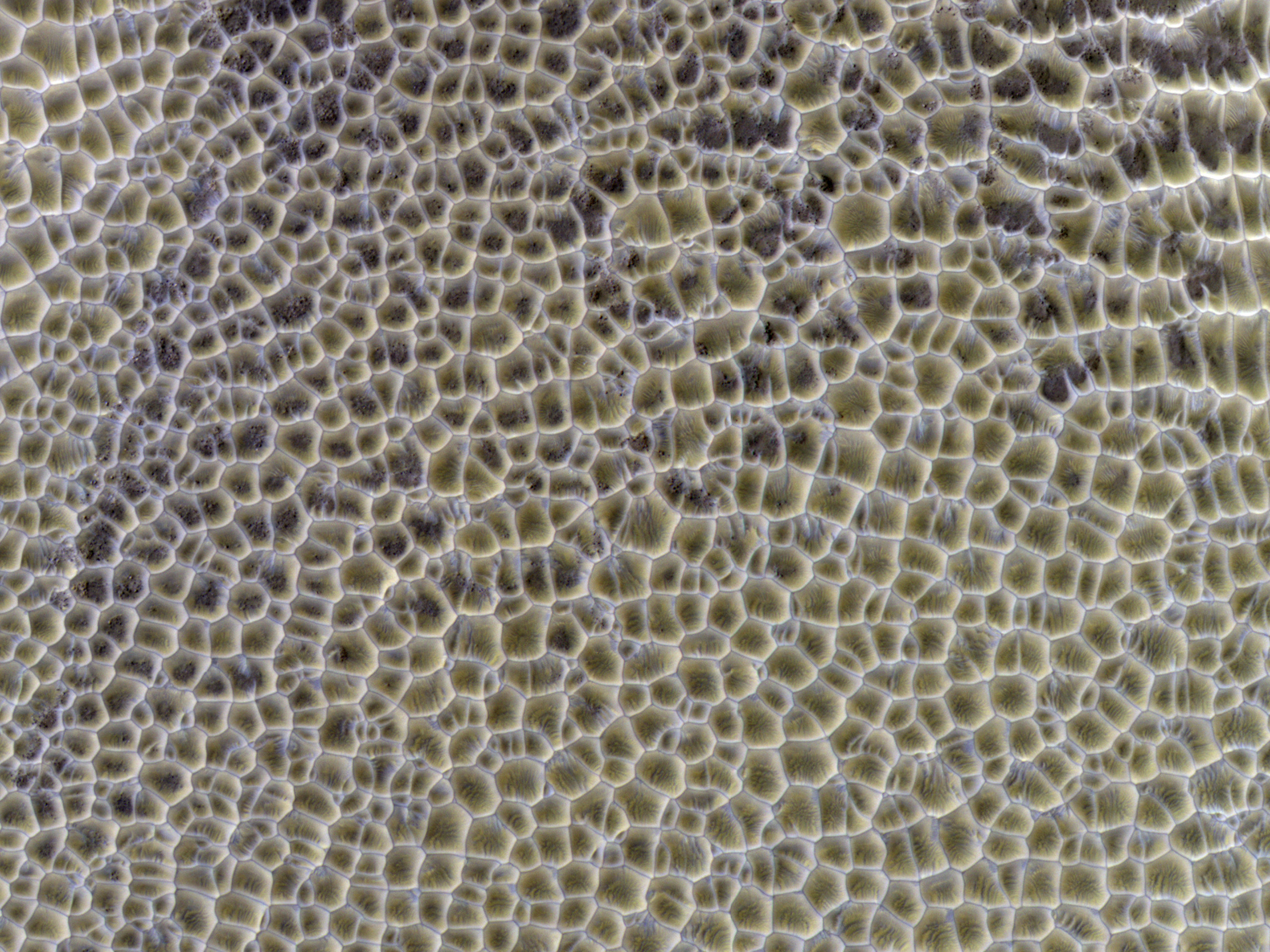 Polygonal Dunes
Polygons are of great interest because they often indicate the presence of shallow ice or of desiccation such as in a mud flat. However, Nature sometimes seems too clever for us.

Polygons form by the intersecting ridges of sand dunes. If this deposit were to become indurated and eroded, we might not be able to tell that they originated as wind-blown dunes, and interpret the polygons as evidence for a dried-up lake, for example. Dunes often accumulate in the bottoms on craters, also a good setting for a (temporary) lake.

The illumination is coming from the upper left, so the bluish ridges are high-standing.