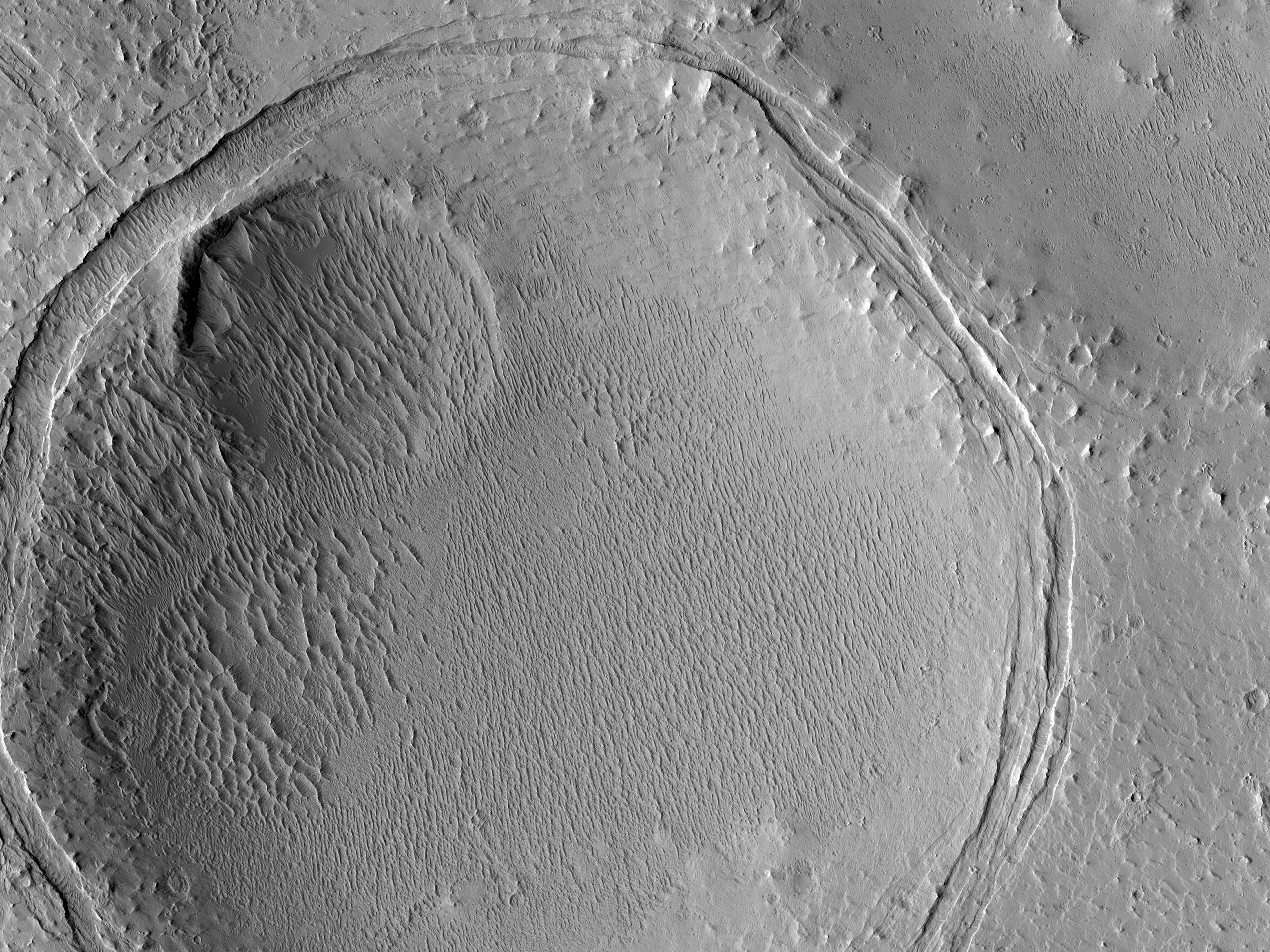 A Circular Crack
This circular crack is very odd-looking. When you zoom in to HiRISE scale, the crack looks a lot like a graben.

Canyonlands, Utah is a great place to see grabens on Earth. Grabens form when solid rock is pulled apart. Two cracks form at distinctive angles, and the material between the cracks collapses downward, forming a straight-walled canyon. Well, they're usually straight-walled, but this one is circular, which is unusual.

The first thing anyone thinks of when they see circular features on Mars is a crater. So one hypothesis about how this formed is that an ancient crater was buried by some material, maybe lava or even multiple layers of wet sediments. Because the center of the crater was deeper, more material settled there, and the high-standing rim was only thinly covered. The mantling material solidified and shrank, creating extensional forces.

The heavy central fill pulled downward, cracking the material at the rim where it was thinnest. That's just one guess, though, what else do you think could it be?