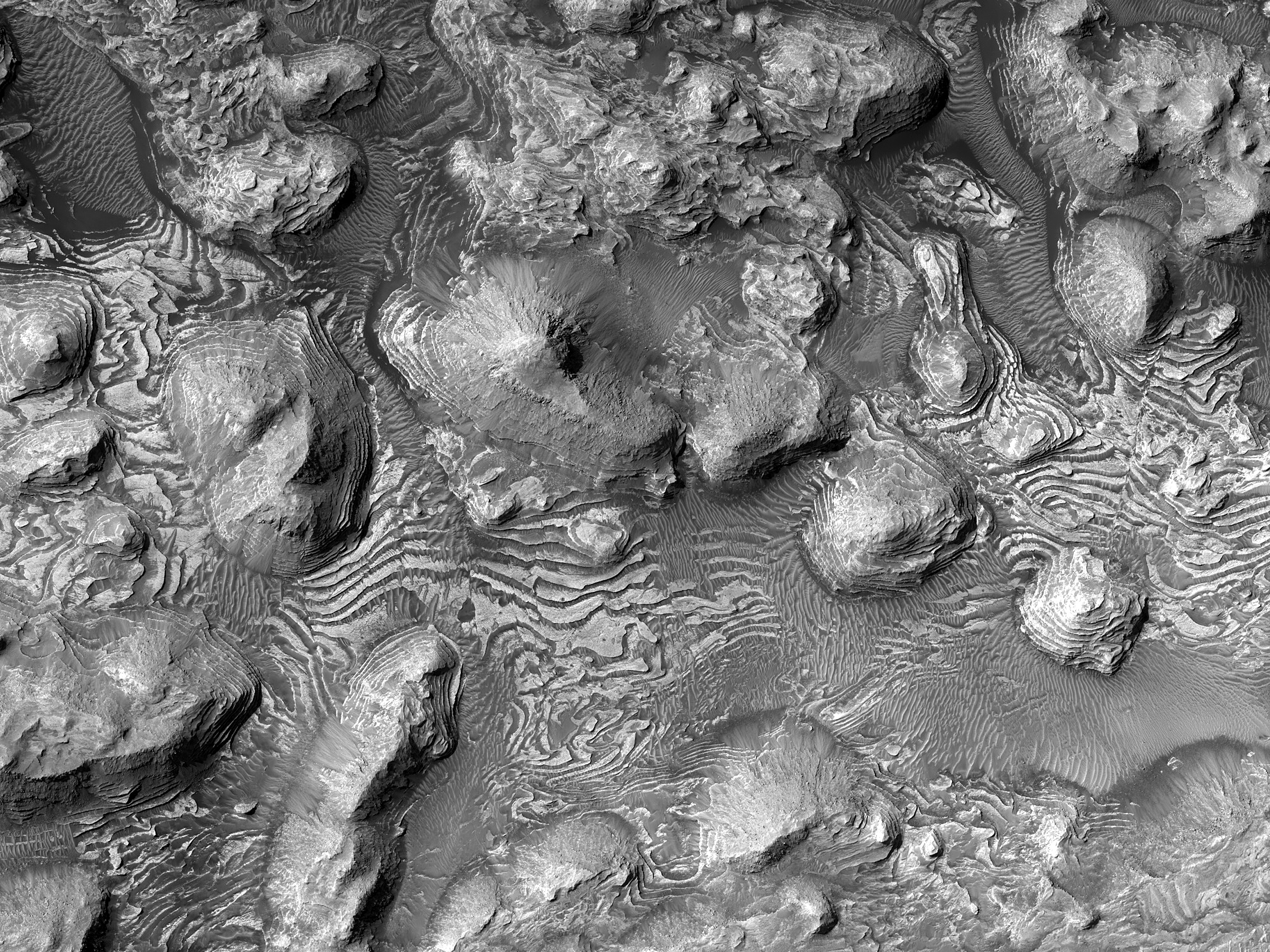 Layers in Western Arabia Terra
Extensive erosion in this region has exposed numerous rock layers. Layers are visible on the flanks of some hills and on the basement (the lowest rock unit) between the hills.

Layers exposed on the sides of hills are visible as terraced steps. The formation of these steps is a result in differences between layers in cohesion and resistance to weathering. Weaker layers disaggregate quickly into shallow slopes, while stronger layers maintain steep “sharp” appearing edges. Such contrast can occur, for example, between alternating strong lava flows and weak volcanic ash deposits.

Between the hills dark sands blow across the landscape and have accumulated in hollows created by these differences in rock strength. Since the hollows tend to follow weaker layers, they outline the layer exposure, even when the topography of the hollows are too subtle to see on its own.