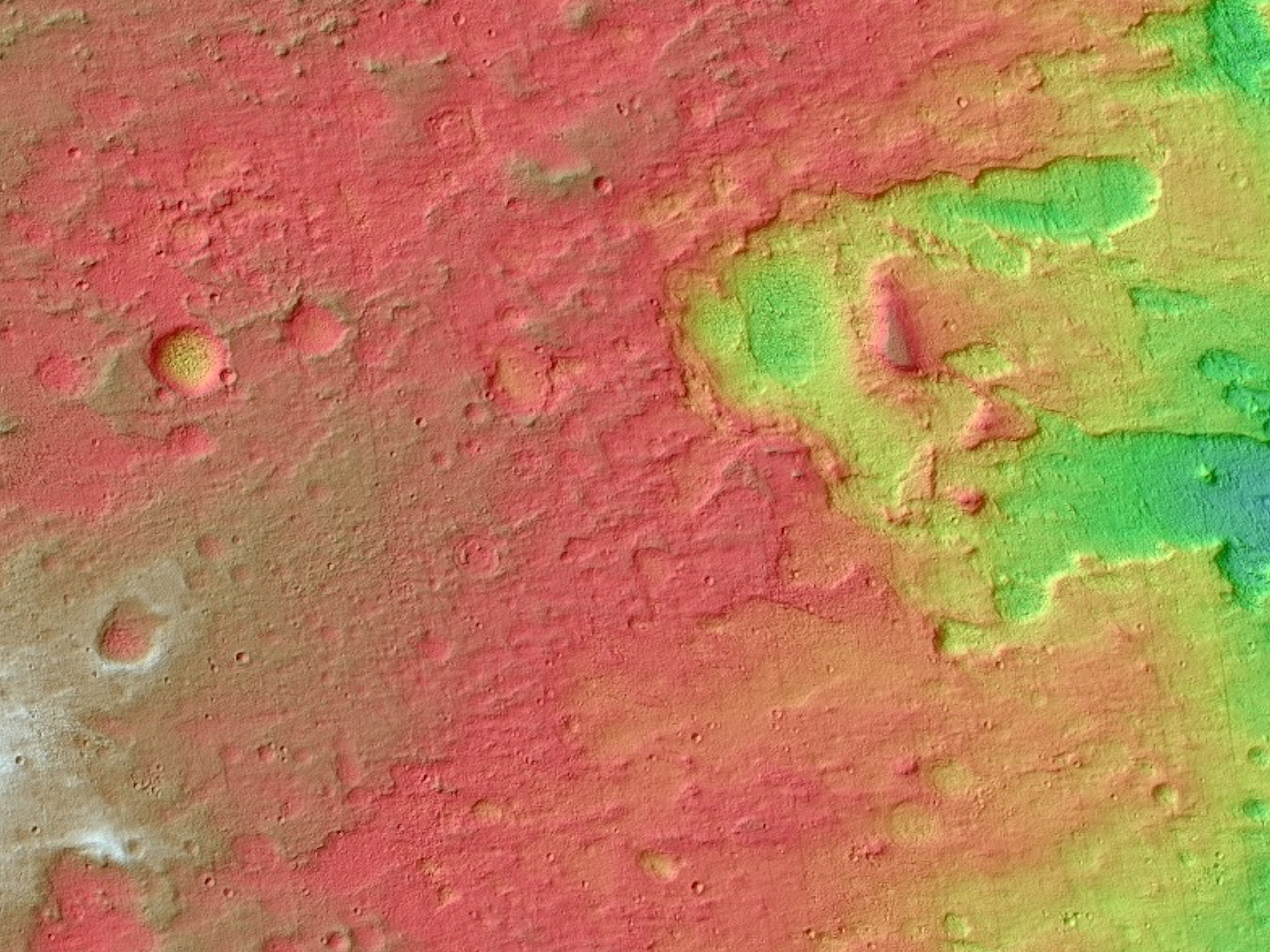 A Possible Landing Site for the ExoMars Rover at Hypanis Vallis
This digital terrain model (DTM), originally produced as part of the landing site selection process for the European Space Agency's ExoMars 2020 Rover, covers smooth crater floor deposits in the center of Magong Crater. The DTM allows us to determine how different surface deposits relate to one another topographically and thereby their relative ages. For example, a layer overlying another layer tells us that the overlying layer is generally younger.

An intermediate-toned, polygonized surface associated with topographic lows is overlain by a characteristic dark-toned crater-retaining unit. The materials associated with the polygonized textures correspond to the detection of clay minerals, which likely formed in the presence of water.