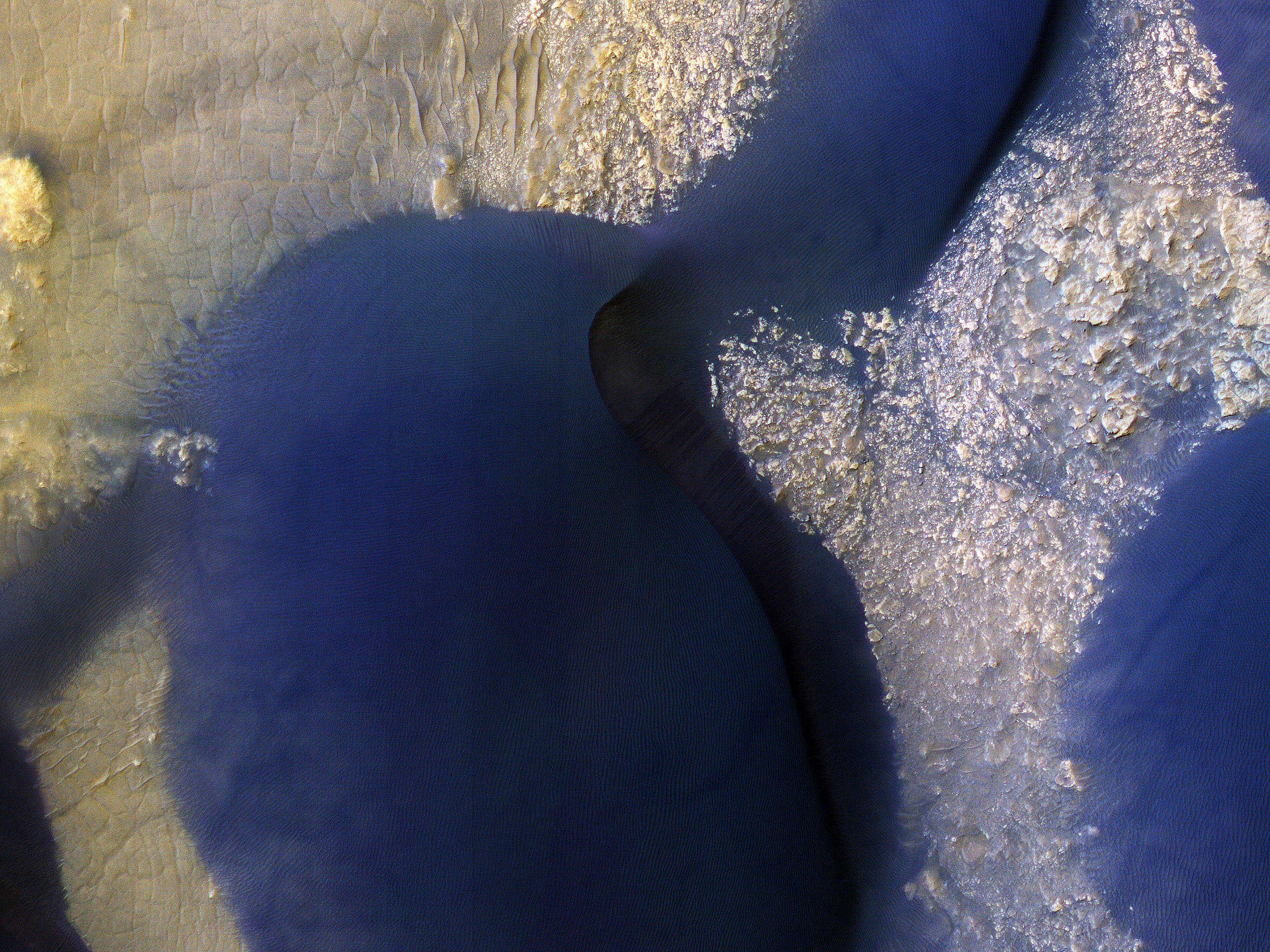 The Changing Dunes of Wirtz Crater
The large dark feature is a classic Martian sand dune. Most sand on Earth is made from the mineral quartz, which is white and bright. On Mars, most sand is composed of dark basalt, a volcanic rock. For this reason, dunes on Mars are darker than those on Earth.

The dunes in this observation, within Wirtz Crater, are known as “barchans.” The steepest slope is on the eastern (right) side, partially in shadow, and represents the direction the dune is migrating as the sand is blown and transported by the wind. Small ripples are visible on much of the dune surface. The dark streaks on the dune are tracks left by passing vortices known to us as dust devils. These raise dust off the dune, revealing a darker substrate.