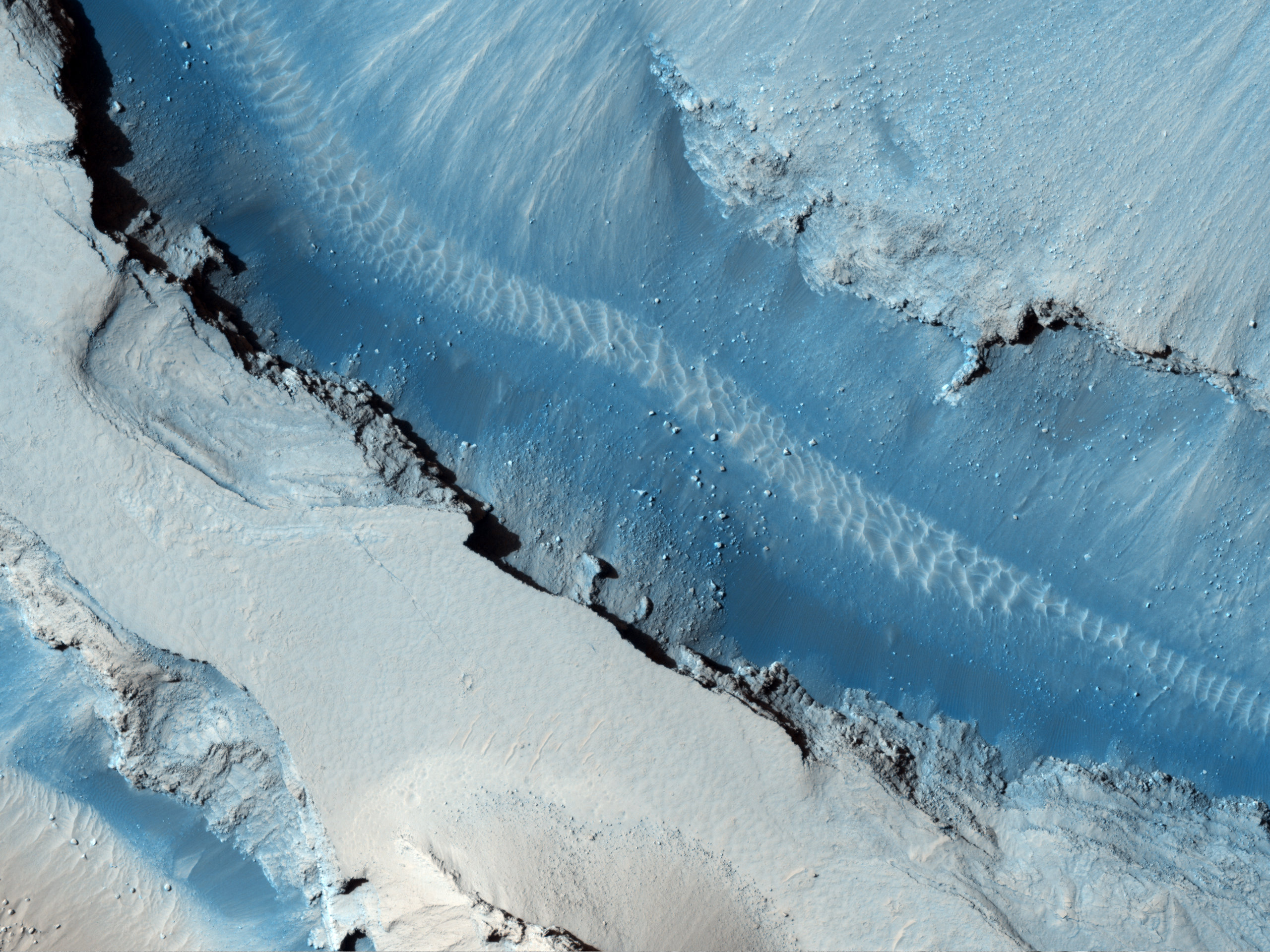 Large boulders that have been dislodged from the graben walls are visible on the floor of Cerberus Fossae. The first cutout shows an example of an approximately 6 meter (20 feet) boulder that left a distinct track as it moved downhill. Although this track is quite clear, ripples inside the track are discernible, indicating that enough time has passed for wind activity to rework loose material into the form of ripples. With close examination of this observation, one can see many boulder tracks, some with ripples and some without ripples.

Wind streaks emanating from impact craters are visible on the plains surrounding Cerberus Fossae. The second cutout shows a false color image of an approximately 33 meters (108 feet) impact crater. Material on the crater floor (blue in the color image) is being moved by the wind out of the crater and across the plains. The wind streaks in this observation indicate that the predominant wind direction in this region is from east to west.